How Often Will I Use Overland Transport?

Unless you are independently wealthy, you will be using a combination of buses, trains, boats, rental cars, and other various modes of transport most of the time on a RTW. You simply can’t fly everywhere without spending 10’s of thousands of dollars, and most regions of the world outside of the US offer great overland transport options.

What Are The Positive Aspects Of Overland Travel?

It allows you to see the countryside at a nice, leisurely pace. Some buses and trains are extremely comfortable, serve decent meals as part of the price, and even have seats that fold down into beds. It can seem quite luxurious, especially for the price.

That Sounds Great! Are There Any Negatives? 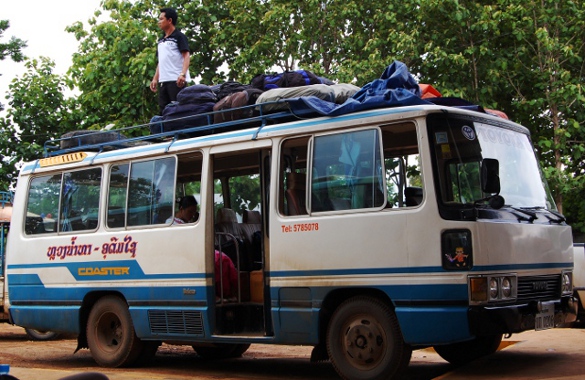 Unfortunately yes. While some countries (Argentina and Thailand come to mind) have super comfortable overland travel options, some countries (Bolivia and Laos) are pretty horrific. The more developing the country, the worse condition the roads, buses, and trains are. But terrible transport experiences do make for the best stories (have you ever been on a bus when the driver stop to buy 2 dead squirrels from an 8-year-old boy on the side of the road?)

I Plan To Take Overnight Bus/Train Trips To Save Money. Is This A Good Idea?

Yes, it’s a great idea, in most cases. Taking overnight transport is a great way to save a night’s accommodation while not wasting an entire day traveling, and some buses and trains are great for overnight travel. Some routes are indeed brutal and should be avoided (La Paz to Rurrenabaque in Bolivia is known as one of the worst overland bus journeys in the world). You will no doubt read and hear about these particularly bad routes in your research.

How Expensive Is Overland Travel?

It obviously varies drastically depending on regions. In Europe, sometimes it’s cheaper to take a budget flight than the Eurail. But outside of developing areas like the US, Canada, and Europe, overland transport is almost always going to be much cheaper than flying. Add in long, overnight journeys that save you a night’s accommodations, and travel days do wonders for the daily budget.

Do I Need To Book Overland Transport Before I Leave?

Can I Sail On Freight Ships? 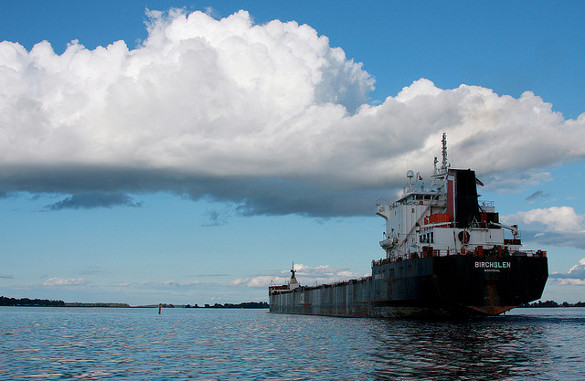 Evidently there was a time, probably at least a few decades ago, when a fellow could make his way down to a shipping port and soon find himself working on a cargo ship headed to an exotic destination in exchange for room and board on that ship. But now in the age of computerized ships, crazed post-9/11 security, and strict insurance companies, this seems close to impossible now. Still, we’ve heard about people doing this occasionally. If the sound of five to six days per week of backbreaking manual labor while sailing the high seas appeals to you, it might be possible to pull off a segment or two on your RTW trip.

What About Those Air Courier Services?

Just as the idea of working your way around the world on freight ships is fast becoming an anachronism, the air courier flights thing is nearly dead as well. It seems that in the 1960s or 1970s there was high demand for small cargo or documents to get places so fast that buying them a ticket on a commercial jet was the only way to get them there. So in exchange for giving up his or her checked baggage a passenger could buy the seat from a courier company for a massive discount. But in the age of Federal Express and ultra-tight airport security it seems that getting cheap tickets in exchange for your luggage allowance is nearly impossible.
Now that you know why you should take overland transport and an idea of what it will be like, it’s probably a good idea to start researching how overland travel differs depending on which region of the world you’re in .
For more in depth information about overland travel, plus another checklist to keep you nice and organized during the planning process, be sure to read this article about overland travel.