All Things Money – What Banks and Credit Cards are Best for Travel?

Traveling abroad, particularly in developing areas, provides some challenges and difficulties that we just don’t see in most of our home countries. You most likely have concerns and questions about how to best handle your financials when on the road for an extended period of time.

Yanking money out of an ATM nets you international charges that you don’t get at home. All credit cards are different, and much of the world doesn’t rely on them nearly as much as we do in the United States. Believe it or not, many places still don’t accept credit or debit cards as a form of payment, so how do you plan for that? How much cash should you carry around with you?

Make sure you shop around before leaving, as all banks have different rules and charges for yanking money out of an ATM machine, which is the best way to obtain money on the road. While pretty much all charge a flat fee for withdrawing money internationally, some banks reimburse you when getting money from an ATM not tied to your particular bank.

If you are a US resident, Charles Schwab remains one of the top banks  for travelers because they reimburse all your ATM fees at the end of each month, even international ones. So while you’ll still pay the percentage for withdrawing money internationally (of which there’s no way to get around when pulling money out of ATM’s), all those $2, $3, and $5 extra fees you would get with any other card will be reimbursed.

Exchange rates: Credit cards offer the best exchange rates (more on this later), followed by ATM machines. Unless absolutely necessary, don’t change money at the airport, as they traditionally have the worst rates.

How much to withdraw?  Make sure you are smart about how much you are withdrawing per transaction. Plan it out, ask yourself how long you will be in that particular country before moving on, and withdraw as much as you feel comfortable carrying around or keeping in a safe place in your room. If you get mugged and will be hurt financially by how much got taken, then withdraw less.

Everyone has a different comfort level when it comes to this. Since my wife and I stayed in private rooms the majority of the time on our RTW trip, we felt comfortable withdrawing the max in most places then going straight back to our room to hide it in a safe place. We carried as little cash on us as we could get away with. If you will be staying in shared dorms, then your tactic may be different – do what you’re most comfortable doing.

Have a second account:  It’s also a good idea to have a second, and separate, bank account when traveling. You don’t want all your money in one place. If your ATM card gets lost or stolen, you may have to wait a while to get a new one, and you don’t want to be stranded with no way to get more cash. Having a second account, possibly a savings or money market account with a higher interest rate (thus making more money to just sit there), to keep the bulk of your money, is a good idea. You can create a schedule for online transfers to keep your main checking account replenished with plenty of available funds, and you will have a backup account in case anything happens with your main one. It’s always good to spread your money around, while traveling or at home. 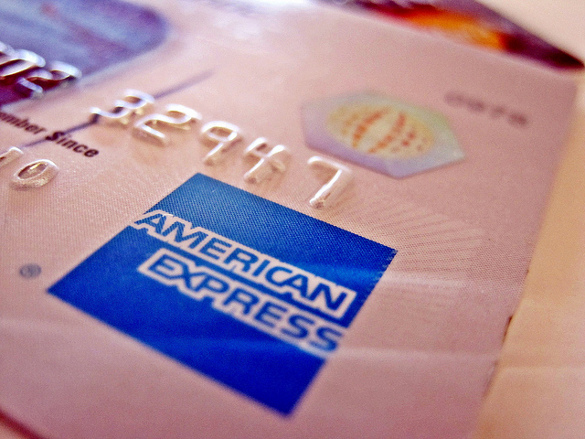 Credit cards work in much the same way as ATM cards do. They charge a certain amount or percentage per transaction. There are some who don’t charge for international usage, though, so shop around and see what kind of deals you can find out. While there are still a lot of places in developing countries who don’t accept credit cards because of high fees they are charged, you can still use it for big transactions like flights, a hotel splurge, or an expensive activity. Having a credit card for back up is essential, even if you’ll only be traveling in developing countries where credit card usage is minimal.

The surcharge on your bill of between 1 and 3% for each purchase made outside your home country might sound like a fee that’s best to avoid, but there are no methods of paying for things that don’t involve losing something along the way. Changing cash or traveler’s checks will involve fees that are normally a bit higher than that at best, and ATMs generally charge an unavoidable fee each time you withdraw in a foreign currency, so 1 to 3% isn’t so bad.

Another advantage of credit cards that you don’t get with ATM cards is it’s much easier to get the charges knocked off if something goes wrong. And using plastic over the internet for future flights and reservations is usually safe if you are careful, but with credit cards there is usually much lower potential liability if you happen to be the victim of fraud. And certain credit cards also offer extra insurance or protection for the thing being purchased, which you don’t get with ATM cards.

There are even a few cards who don’t charge any international fees when using it, so getting one of these is a no brainer as it will save you at least 1%-3% each time you are able to use it over another card or your debit card.

Capital One does not charge the international fee, and certain American Express cards don’t as well.

Travel rewards credit cards: There are a multitude of travel rewards credit cards out there these days, and if you are planning a trip around the world or simply like to travel a lot, then opening one is a wise idea. If you already have miles with a certain airline, then look to see if that airline has a rewards card. If you know that you will be flying with a certain airline alliance for your trip, open a credit card with a member airline of that alliance. Opening a card with airline miles, particularly if you are buying plane tickets as you go, can get you a few free flights during the course of your trip.

There are plenty of other travel rewards cards out there that aren’t tied to airlines. The Venture Capital One card is arguably the most popular card out there as they offer double miles on all purchase and can be used for anything travel related – flights, hotels, car rentals, etc., so you’re not tied down to one particular airline or hotel chain.

If you are responsible with your credit card usage, then getting a rewards card long before your trip starts, putting every purchase you can on that card each month, then paying it off each month, can earn you a lot of rewards before you even step out the door for your trip.

Editor’s note: BootsnAll editor Adam Seper and his family have gotten 5 free, round-trip international flights between 2011 and 2015 – 1 to Europe, 1 to Central America, and 3 to Mexico – just for using a mileage credit card for daily purchases and paying it off each month. They then signed up for a Capital One Venture Card because they didn’t like being tied to a specific airline, and they wracked up $2100 in travel rewards in a 2 year period between 2015-2017 by simply using their credit card for ALL their purchases and paying it off each month.

On the road tips

Having some emergency cash is a good idea

You probably want to keep a small emergency fund somewhere safe, either tucked away somewhere in your bag, in your money belt, or wherever you think is safest and best. Having US dollars or Euros is the best currency to have. There are various border-crossings and airport exit taxes that are best paid in dollars. In many (but not all) cases they’ll take local currency as well, but this can get complicated if you are leaving a country and some fee pops up unexpectedly. Generally you’ll want to leave each country with as little local currency as possible, so if you’ve successfully used up all of your money and a fee pops up or you want to buy something beyond customs at an airport, you can almost always pay in USDs or Euros.

Money belts and how to keep your money safe

Most travelers carry a money belt of sorts around with them. It’s a safe way of carrying cash, credit cards, and your passport with you at all times. Every traveler has a different opinion of the best way to keep their valuables safe, so that’s going to be up to you. Some carry the bulk of their cash, credit cards, and passport with them at all times, and some always keep this stuff in their rooms. If staying in a dorm, be sure to lock them up. If there isn’t a locker, then it’s probably best to carry everything with you.

There are several different types of money belts, but the most commonly used ones either go under your pants and belt in the front or around your neck like a long necklace. The one that goes under your shorts or pants is usually big enough to hold your passport as well as cash and cards. These tend to be the safest as it’s pretty difficult for a thief to get under your clothing without you noticing. The versions that hang around your neck under your clothes tend to be large enough for things like your passport as well, but many find these cumbersome. Another variation slides up your leg with a large pocket that is snuggly kept along your lower leg. Different people find different things comfortable so go to a travel store and carefully check out your options to see which you think will work for you.

One method is what we like to call the Two Wallet System. Keep most of your cash, credit cards, and any other important documents you need in one wallet, and keep that wallet in the safest possible place. Then buy an inexpensive wallet for most day-to-day uses. You’ll keep enough cash for the day in there, as well as maybe an old library card or some other non-critical plastic. That way if you take a wrong turn and suddenly somebody demands your wallet, you hand them that one and you are on your way with only a minor loss.

Are traveler’s checks still around?

Yes, you can still get traveler’s checks, but they are rarely used anymore. You can use them just as they were used a decade or two ago, but it’s really unnecessary with the prevalence of ATMs. They can still be changed for local currency at banks, airports, and high-end hotels, and they can still be used to pay for some things at more pricey businesses, but the exchange commissions are always going to be higher than the small ATM fees you’ll pay if you play that game right. And by using ATMs you can access your money 24-hours a day, while changing traveler’s checks usually involves waiting in lines during limited business hours.

It might not be a bad idea to carry an emergency fund with you in the form of a traveler’s check or two since the ability to get a refund if they are lost or stolen could really come in handy. But most travelers are leaving the bulk of their money in their banks and withdrawing from ATMs as they go, which also limits the potential to get financially wiped out on the road.