Why They Went (Adam and Megan) 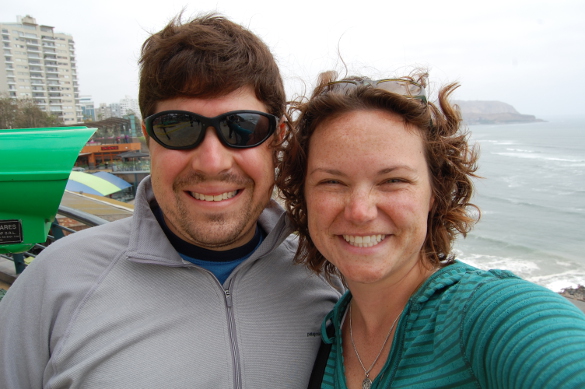 I can’t explain enough how much our lives have changed since we made the decision over four years ago (2007) to quit our jobs and take a RTW (round the world) trip.  So many things went into our decision.  While thinking back it seemed a bit hasty (we decided to do it, for real, about a week or two after discovering the idea), but after reflecting and assessing where our lives were back in the winter of 2007, I can see now that we were well on our way to this adventure long before we ever heard or saw the letters R-T-W.
So no matter where you’re at in your life-you’ve never even heard the term before, you assumed it was impossible for you to do it, you’re on the fence, or you’re actively planning a RTW trip, a career break, a gap year, or a sabbatical, just know that you, too, can accomplish your dreams of traveling the world. It takes commitment, hard work, and sacrifice, but if this is what you really want, you can make it happen.

In early 2007 we were married about 6 months.  We were both working in our relatively new careers, my wife Megan as an attorney, and I as a high school English teacher.  I won’t go into too much more detail here, but I did want to say that we were happy and life was good.
But something was missing.  We weren’t really interested in buying a house, settling down, and having kids, yet, despite the societal, friend, and family pressures to do so.  We thought about moving somewhere for a few years just for a change of scenery.  But in the back of our minds, we knew that’s not truly what we wanted.  We just wanted something different than the typical American rat race lifestyle.

This trip was born all because of what is now known between my wife and I as the fateful dog walk. The short story is that we had just returned from a trip to Colorado, and we were thinking about moving there.  The wife and I were walking our dog the day after we returned from our trip.  Megan told me about a blog she came across about a couple who quit their jobs and traveled the world for a year.  As she was telling me about it, she casually threw out there that she thought we should do the same. Thinking she was crazy and certainly joking, I totally dismissed her, which led to a fight that evening.

My assumptions about extended travel

I believed many of the common myths about RTW travel that all people not educated in the subject think:

What it came down to was that I thought there was no possible way for a young, married couple, with both credit card and student loan debt, with no trust funds and no savings (all true of us as of March 2007), to be able to quit our jobs to travel for a year.
I was wrong.  On every single point.

The day after that fateful dog walk, I can’t say I wasn’t thinking about my wife’s crazy proposal.  The fact that Megan kept sending me links to travel blogs, forums, and articles certainly didn’t hurt either.  My wife is typically a very logical, smart person who thinks things through, so I owed it to her to look into this a little bit.
This is not an exaggeration at all when I say that within a day, I was nearly sold.  I digested everything I possibly could.  I perused the BootsnAll RTW forums quite a bit.  I ripped through several blogs, my favorite of which was Hedgehogs without Borders.  I really felt as though we clicked with them because they were about our age, they had limited international travel experience before their RTW trip, and I just really enjoyed their writing and storytelling style.  I went back to their very first post and started from there, as though I was reading a book.
Within a few more days, I was TOTALLY SOLD.  I wanted to do it.  I wanted us to quit our jobs.  I wanted to take off on an adventure around the world with my wife.  I wanted to go to exotic lands.  I wanted to see exotic places, animals, and people.  In short, I wanted for us to go on a RTW trip.

In one week’s time, our lives had literally been turned upside down.  All we talked about was the possibility of traveling around the world for a year.  We had so many questions.

I remember it like it was yesterday.  That crazy, excited, nervous, enthusiastic feeling.  Initially, our answers to the above questions were full of more crazy assumptions about what planning a trip like this was like.

How We Made the Decision

As I stated earlier, the decision to actually take the leap came quickly.  After that first week of franticness, we really did have to decide if this was a realistic option, or if it was just a pipe dream.  Could we, a late twenty-something married couple with debt and no savings (we had been paying off our credit card debt for about 6 months since we both started working-we had both been in and out of school up until fall 2006), really pull off a year long RTW trip?
The first and most important thing we did was sit down and break down our financial situation.  We opened up a spreadsheet, plugged in what we brought in each month and our regular, monthly expenses (rent, bills, student loans, car payments, insurance, etc.).  Then we went through our bank statements from the previous few months and tried to figure out where we were spending the rest of our money (groceries, eating out, bars, clothes, gas, household items, etc.).
That alone was a scary and eye opening thing to do.  We were in our mid-late 20’s, making pretty good money for the first time, with no kids, and it was horrifying to see how much we spent on certain things, dining out and going to bars being the two major expenses.  We could have funded several RTW trips with our tavern spending alone throughout our 20’s.
So we started a new spreadsheet and started plugging in amounts that we thought we should spend on those irregular things like eating out, groceries, and our affinity for beer drinking with friends out at bars.  After really breaking it down and realizing how much we could be saving a month, we were SHOCKED!

Why We Made the Decision

We had a decision to make.  I was 28 at the time, Megan 26.  Since we had been together, one or both of us had been going to school.  So those first 7-8 months of having two real, grown up incomes was nice.  Luckily we hadn’t succombed to the American dream of buying a house, expensive cars, and a bunch of expensive toys.  But we were really enjoying being able to go out when we pleased, drink good beer at bars instead of PBR and happy hour specials, and eat out at nice restaurants.  Being able to go out and purchase clothes and comforts that we simply wanted but didn’t need was quite nice, too.
So the question became: What did we want more?
While we did enjoy living a lavish lifestyle (for us) for those first several months of having big boy and big girl jobs, we had still actively been looking for something else.  We had thought of moving, not because we were unhappy in St. Louis or unhappy in any way.  We just had this indescribable void that we needed to fill.
Talk of the trip had us so excited and amped up, and as crazy as it all sounded and felt, it also sounded and felt right.  For some reason, this thing that neither of us had ever contemplated doing or even heard of before, this RTW trip, just seemed like something we had to do. 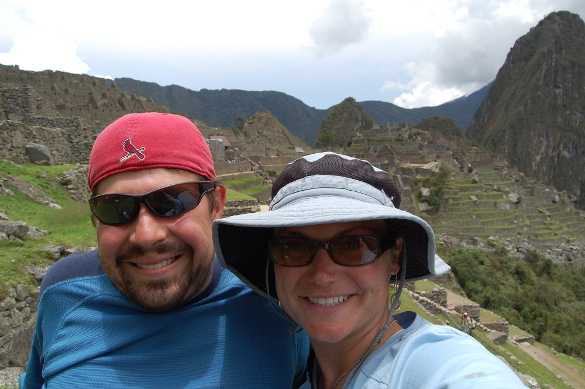 After some more talk, we knew that if we didn’t take that plunge, we would regret it for the rest of our lives.  Though we had only been discussing this for a few weeks at this point, we just knew the regret we would have.  So the decision became simple.  We knew that 5, 10, 20, 30 years down the line, if we decided not to take the trip, we would always regret it.  On the flip side, we also knew that if we did decide to quit our jobs and take a year long RTW trip, we would never regret it.
So that’s what it came down to.  Regret.  How would we ever regret seeing the world in our late 20’s/early 30s, when we had our health and would be able to do so much more than when we retired?  We wouldn’t.
And now?  More than 4 years after that fateful dog walk, after we saved, we planned, we went, and we came home, do we regret it in any way?  Not one damn bit.  I can’t imagine my life not having gone on the trip.  It profoundly changed me, Megan, our relationship, our lives, and our view on society and the world as a whole.  And all for the better.
[more link=”http://www.bootsnall.com/rtw/round-the-world-traveler-profiles-pretrip.html”]Next:Pre-Trip RTW Profiles[/more]