One of the things that really took some getting used to was the speed of everything at home. While Southeast Asia and India (our final two destinations) were crowded and crazy, everything just moved slower. It was impossible to drive 60 miles per hour down a street in Delhi. When I was on the highway after returning home, I found myself puttering, in the slow lane, going 45 miles per hour, being completely thrown off by the cars whizzing past me.
Another shock to the senses was hearing English spoken everywhere. It may sound weird, but when you are in a place where English is not the predominant language, you get used to what sounds like white noise. When the language is completely foreign and you don’t understand it, you tend to tune it out after a while. Once home, everything just seemed loud. I could understand everything, and I had a tough time staying focused on one thing since there was so much going on around me. 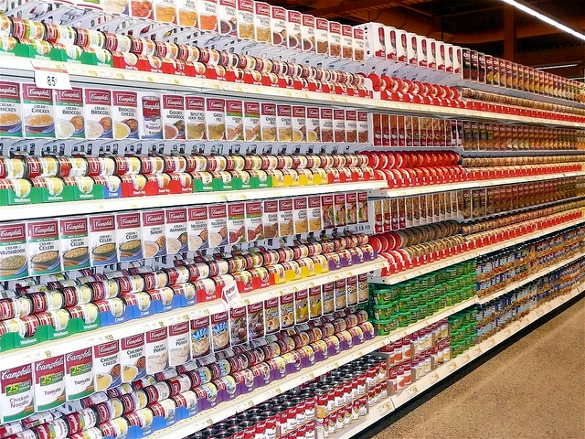 Then there’s the stores. The United States’ big box stores haven’t yet caught on around the world. The first time I was back in an American grocery store, I was overwhelmed. It was so big, so bright, and had so many options. Don’t get me wrong, I was happy to be able to buy and eat all the things I missed in the year we were gone, but I spent what seemed like hours in the store the first few times I went shopping. There was just so much stuff.
Money also became a problem. You sure do get used to paying $1.50 for dinner, or $0.50 for a beer, or $3 for a 20 minute cab ride. Then you come home. And boy, everything sure is expensive. Our first trip to a bar back home was eye-opening. Our tab was our daily budget in Argentina – which included accommodation, food, drink, transport, and any entertainment costs we incurred. Talk about a culture shock!
But over the course of a month or so, you get used to all those things. Suddenly, the pace of life seems normal again. It’s not so loud anymore. You enjoy going to the huge grocery stores again (though you still seek out any farmer’s market or small, ethnic store to take you back). The costs of living still sucks, especially when you don’t have a job, but after a while, you get used to that, too.

The Worst Part about Coming Home

There is one thing; however, that was the most difficult thing to get used to when we returned home. It sounds selfish, and I wish I didn’t feel this way, but the lack of true free time is an aspect of being home that was very difficult to deal with.
Perhaps the best part of traveling long term is the freedom it gives you. Not since we were kids, before we went to school, did we have freedom like a RTW trip gives you. And as kids we had Mom and Dad to deal with, but on a RTW trip, you truly are free to do what you want when you want where you want. At any time. Want to take a nap? Go for it. Want to drink beer at noon on a Tuesday? Get after it. Want to go visit a famous museum? You can do that. Want to plan a side trip to the beach? Just head on over to the bus station.
The possibilities are endless, and the power of being able to call the shots and decide what you and you alone want to do is simply magical. If you are traveling with someone, there is some obvious compromise, but for the most part, the situation is ideal.
There are no jobs to get to. No meetings to attend. No family get-togethers at inopportune times. Nothing that you absolutely have to do. Adults simply don’t get that type of freedom until they’re retired, and many retirees fill their days with obligations because they really don’t know anything else. That’s why so many end up getting part time jobs or throwing themselves into projects. Keeping busy is part of our culture, and the hectic pace of life is something that is hard to shake.
But shake it we did while we were on our trip. It didn’t take long to get used to getting up when we pleased, eating where and when we wanted, and doing what we wanted every single day. We had no one to clear our plans with and no schedules to check. For an entire year, this is how it was. 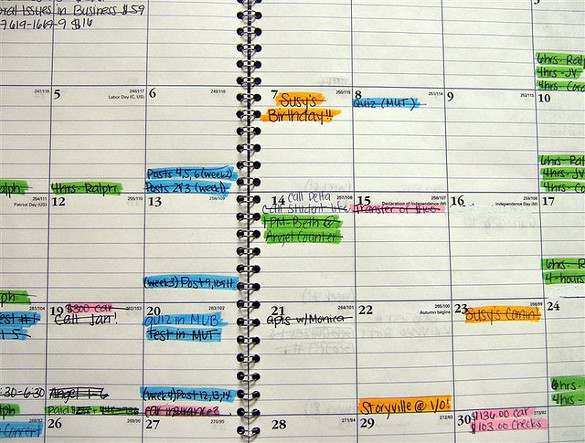 Upon returning, it was a major dose of reality. I went back to work almost immediately. Suddenly there were coming home parties, birthday parties, holidays, sporting events. Obligations galore filled up our calendars. And the funny thing was, with the exception of working, most events were things that we enjoyed doing.
But the fact that we had to do them was the disconcerting thing. After a year of rarely planning more than the next 5 minutes of our day, suddenly we had plans for weeks, even months down the road. It was dizzying, and we didn’t like it one bit.
Then the feeling of guilt crept in, which made things even worse. We felt terrible for feeling this way. Here we were, home and able to see all our families and friends, and we were bitching about having to be somewhere at a specific time. We really didn’t want to feel this way, but it was a hard thing to shake. We got so used to doing what we wanted when we wanted that making plans became a big headache. “How do I know what I’m going to want to do next Friday night?” we would say to each other when asked if we wanted to make plans. There is a certain selfish nature to long-term travel that doesn’t get discussed very often. Selfish is usually used in a negative connotation, but it’s good to be able to be selfish every once in a while. But by being able to do it for a whole year, you kind of get used to it.
So how long did this last, you may be wondering? Well, honestly, it has been nearly two years since we returned from our RTW trip, and I still have these feelings at times. I still get annoyed when I have to makes plans weeks and months in advance, even though I know that’s just part of life. It stresses me out and makes me feel anxious. And I was the guy who was all about plans and organization before the trip. If we didn’t have plans, I used to get stressed out. Now it’s the complete opposite.
Reverse culture shock is a very real thing and is something that all RTW travelers have to go through if they decide to return home. Over the course of a trip like this, it’s impossible not to change immensely as a person. Your thoughts, priorities, and perspective all change drastically. Then you return home and everyone largely has the same lives. Sure, a few more people may be married, a few more kids may be in the mix, but by and large, everything else is the same. It’s difficult to return to the same life, with the same group of friends and family, when you have changed so much.
If you have just returned from a RTW trip, what are you dealing with when it comes to reverse culture shock? Do you feel the same way about your time? If you’ve been on a RTW trip, what was the biggest reverse culture shock upon returning? Comment below to share your stories.
Photo credits: 1, 2<./a>
[more link=”http://www.bootsnall.com/rtw/dealing-with-wanderlust-now-that-youre-home.html”]Next: Dealing with Wanderlust[/more]