Telling Family About your RTW Trip

If you come from a country like the United States where career breaks, sabbaticals, and long-term travel are viewed as unusual, telling family and friends about your trip can be a major challenge. If you’re taking this entire adventure with your kids, then that challenge can become bigger. Stress levels are high when planning to have that conversation, and we never really know how people are going to react.

This guide will deal with telling family and friends about your plans, how to best go about doing it, and how to prepare for those less than flattering responses. Because long-term travel is still a rather new idea in a country like the US, just blurting out your plans is probably not the best approach.

You need to plan it like any other big announcement – consider your audience and break it in the easiest way possible.

Preparing for the big announcement 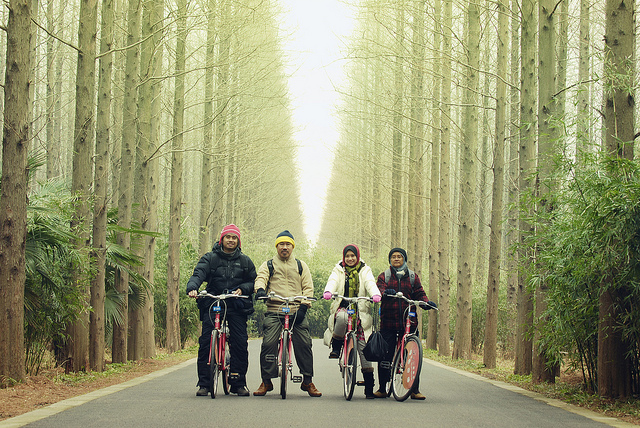 You don’t just walk in a room during Christmas dinner and proclaim, “Hey everyone, guess what, we’re going to quit our jobs, sell our stuff, and travel for a year!”

Preparing to tell the family
Telling mom and dad (and grandma and grandpa), no matter your age, can be a stressful experience. Some parents are travelers themselves, and those free spirits might think it’s great and have no issues with your decision, even if you are taking their grandchildren away for a while. But many parents think the worst, unfortunately, when it comes to doing something against the norm. They automatically think of safety because they love and worry about you, so get a plan together to reassure them before they even have the chance to ask those types of questions.

Get some of your favorite blog posts and travel articles together for them to read. If you’re a solo woman traveler, then find blog posts written by other solo women travelers talking about staying safe on the road. If you’re a traveling family, then show them blogs about other traveling families who are doing the same thing. Show them the educational resources you plan on using. If you’re a career break traveler, show them posts and articles from others who have successfully taken a sabbatical and didn’t end up destitute, jobless, and homeless.

Your parents just want to know that you’ve thought this through and planned ahead, so if you come at them with a well thought out plan, they are more likely to feel more comfortable with it. Let them know you have thought long and hard about this. Tell them this has been a several month (or years) long process, and you didn’t just decide all willy-nilly to do this.

Your parents will appreciate the time and effort you’ve put into your decision, and it will make them feel much more at ease when you break the news to them. The scary thing about a long-term, RTW trip is the unknown, and for people who don’t know anyone who has done it themselves, there are plenty of myths and misconceptions. If you start showing your loved ones blog posts and articles – first hand accounts – it will make them feel much more at ease. They will realize this type of trip is a lot more common than they think, and countless numbers of people have done it successfully.

Show detractors and worriers the following articles to put them more at ease with your decision.

Breaking it to friends 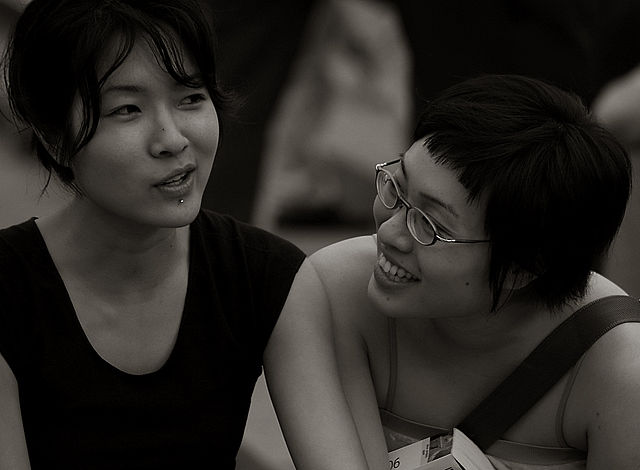 Breaking it to friends is quite a bit easier for most people. For most people, particular you younger folks without kids, your friends aren’t going to have the same concerns as your parents and family members. Telling friends is typically fun, as they are going to be surprised but excited for you, telling you how envious they are. This is the best time to corner them into visiting you at some point along the trip as well. Start planting that seed from the get-go, as having loved ones come to visit you during your trip is an amazing experience.

For traveling families, most of your friends should respond with enthusiasm, but there may be a few detractors, and most everyone will have questions about things like schooling and safety. Like with telling parents, it’s a matter of being prepared and having answers for all those questions.

Telling friends doesn’t come with quite as much planning, and most of the time it’s not necessary to come with an arsenal of motivational stories and inspiration to make them feel more at ease. A lot of times the news just gets blurted out at a bar at some random time. But you may have a few friends who just don’t get it. For those negative people in your life, you may have to take a different approach.

Dealing with the negativity

Not everyone is going to be on board with your idea. There are people who just don’t have any interest in traveling and simply don’t understand why someone would ever want to go on a trip like this. Accepting that those are their feelings is the first step. Then simply explaining why you are doing what you are doing is next. They still might not understand it, but that’s all right.

People who just don’t understand
Dealing with these types of people can be frustrating, but keep in mind that everyone lives their lives in different ways, and one way is not better than the other. Don’t think you are going to convince someone who doesn’t like traveling to all of a sudden get what you’re doing. It’s the same as realizing that they aren’t going to convince you that your plan of traveling the world is stupid.

The only thing you can do is explain why you are doing this and let it go at that. It can be difficult, and if you have a friend or family member who is unsupportive, you can only take so much. At some point, hopefully that person will come around, and while they may not understand what it is you’re doing, at least they will hopefully accept it. If they don’t, just realize that they are probably jealous, worried, or simply don’t understand. Or there may be another underlying issue that you don’t know about. Sometimes there is not much you can do to convince someone to see it from your point of view.

Don’t stress about these people. One of my closest friends and the best man in my wedding was completely against our trip, and he made his feelings perfectly clear. I was annoyed, hurt, and pissed, quite frankly, and I was ready to cut him off for a while. It wasn’t until his wife approached me and filled me on the real scoop. He was worried we would never come home, and this was just how he was dealing with it. How could I be mad at that? He eventually came around, and while he still thought we’d never return and wasn’t enthusiastic about our departure, he did ultimately accept it. And guess who the first person to welcome us home was? 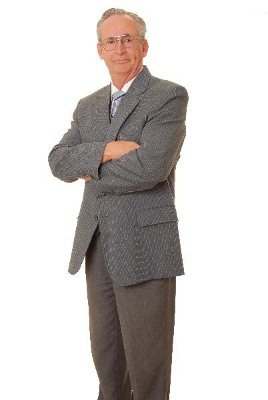 The other biggest group of detractors are what I call the career people. So many of us have been raised from the get-go with the idea that we are all on the same path (what I like to call the 10 point plan). Go to school, do well, go to college, get a degree, get a well paying job, get married, buy a house, raise a family, retire. Why anyone thinks this plan is good, with nothing but waiting for the next step and delayed gratification is beyond me, but that’s for another article.

The point is that many of us are simply wired to think this is the only option. So when someone challenges that and tries to go against the status quo, then they are usually looked down upon. It could be a friend, a family member, a coworker, or some random person you strike up a conversation with, but at some point when informing people of your plans to travel the world, you’ll get a very negative response about how you are going to ruin your career and end up poor, homeless, and destitute.

Like other negative people you’ll have to deal with, it’s just a matter of letting it roll off your back. You probably won’t convince this person that what you are doing is amazing and that you’ll be fine. So while it doesn’t hurt to plead your case, you may just be spinning your wheels. Most of the time people who react in this way are jealous, not ballsy enough to do this themselves, or just have a skewed vision of everyone having to live their lives the exact same way. Distance yourself from people like this as much as you can. They usually do nothing but bring you down.

For inspirational stories about taking a RTW trip and have it not ruin your career, read the following:

When and how you decide to tell family and friends about your plans is completely up to each individual person. We told our families more than a year before we left (we didn’t even have a departure date yet when we broke the news). Telling them early on in the process might not be a bad idea, but make sure you have really thought things through and aren’t going to back out. Telling someone makes it a lot more real, so backing out becomes more difficult.

Check out this short interview with long-term traveler Paul Milton on the societal pressures and reactions to your big announcement:

Just keep in mind that not everyone thinks in the same way that long-term travelers do. There is no right or wrong way to live life, and if someone close to you disagrees with your decision, that’s perfectly fine. It’s when they constantly try to bring you down that it becomes a problem, but hopefully you won’t have to deal with too many people like that.