Have you ever sat in class, whether it be in high school or college, and asked yourself, “What have I learned in the last hour?” That was me. I was always bored in high school. I’m the type of person that learns so much better when I am working hands-on. I can read something as many times as you’d like but that doesn’t mean I am going to get it and retain it. With that in mind, here are my 5 reasons to study abroad during high school!

1. Learn something you can’t in a classroom

I learned more in my year abroad than probably in my entire school career. I’m not talking about learning how to solve equations or memorizing the different subclasses of species – most of that was in Norwegian anyways, so I wasn’t really listening. At least, not at first…

The amazing thing about studying abroad is that school suddenly comes alive.

Before I could speak any Norwegian, most of my school days were spent staring into space and watching Netflix on my school laptop. It went on like this until my main teacher approached me a month into school and said, “Hey, I am super happy you’re here, but I feel like you might get more out of exploring the city during the day.” 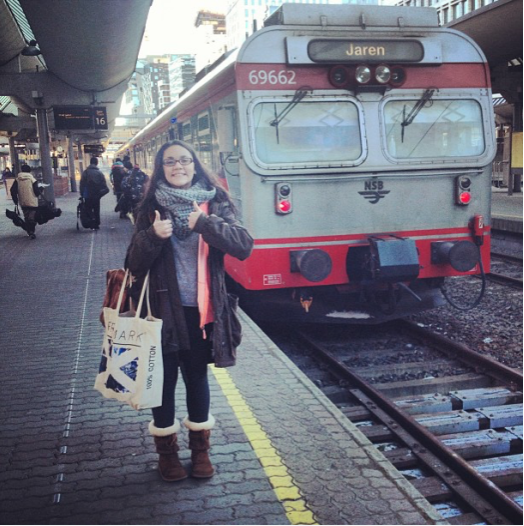 This was the single greatest thing a teacher has ever said to me. I spent the rest of my exchange going to school only for P.E. class and English. I had lunch at the school most days so I could see my friends, but otherwise, I was traveling. Within 2 months of “exploring,” my Norwegian improved tremendously. Being in the city forced me to use what little language skills I had and improve on them.

Eventually, I became confident enough to venture into Oslo and the surrounding cities with my fellow exchange students. We learned so much about the culture and the language from pure immersion, more than I had learned in three years of Spanish class back home.

Towards the end of my year, I was in Sweden with my exchange friends and we asked some locals in Stockholm for directions in Norwegian. 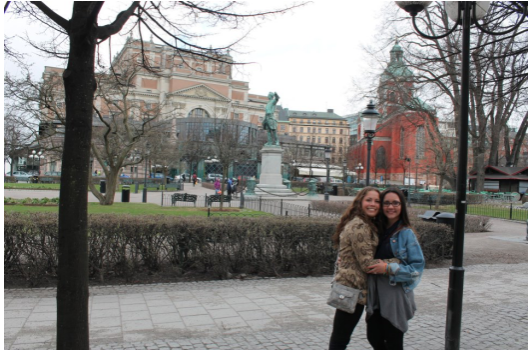 I kid you not, they looked at us and said in Swedish “Oh we have some Norwegians, what city are you from?” I swear, I almost cried. There is not a compliment in the world that has ever made me feel so proud!

I did that, I learned a foreign language! Not only did I learn how to speak Norwegian, but I could understand two additional languages. It was amazing, and still is every time I get the pleasure of speaking Norwegian.

2. Take time to learn something about yourself

I was never one to date in high school; I was usually doing my own thing. I mean, don’t get me wrong, I had plenty of friends, took classical ballet for most of my life, and participated in school events. But, I was 16. I didn’t know who I was or what I wanted from life.

One of the biggest things I gained from my study abroad was a relationship with myself.

I’m not going to sit here and say that I found my life’s purpose while studying abroad… but it certainly kick-started the process. I truly believe that being on my own and re-writing who I was while living in a new place allowed me to discover a part of me that I was nervous to explore back home.

When you go abroad, no one knows who you were before you got there. You don’t have to be anything you don’t want to be. This is your chance to try new things, befriend different types of people, and ultimately challenge yourself. I honestly believe it is impossible not to learn something about who you are on a journey like this.

3. Learn something about humanity

One of the biggest things I did not understand before embarking on this adventure is that everything you are taught is not always true.

Of course, people want to protect you, especially if like me you are doing a high school study abroad program. People are going to fill your head with travel advice, which people and places to avoid, when to say you’re Canadian, and when to own your American nationality. 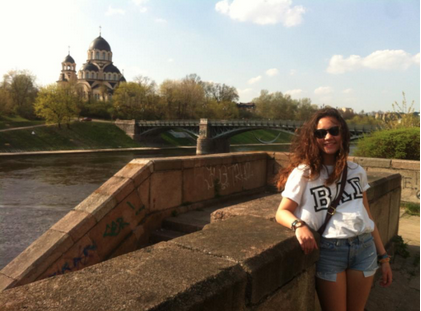 Here’s the deal: I’m not telling you to disregard every piece of advice you get – you should always be aware of your surroundings and trust your instincts. But PLEASE, DO NOT avoid places and people only because you have been taught that they, “hate Americans.”

The reality of that mindset is that YOU become the prejudiced one. I promise that when you meet kind people who you assumed wouldn’t like you because you’re American, you’re going to feel like a jerk. As my mother always tells me, “To assume is to make a fool out of you and me.”.

The most important thing about studying abroad is keeping an open mind! You have to be easy going and take things as they come.

All people work the same way you and I do. They need food to eat, a job to support themselves and their families, they love, and they cry. So don’t demonize someone because they happen to be from Russia or anywhere else for that matter. I guarantee people will surprise you in wonderful ways if you let them.

4. You don’t have to try something that scares you – you’re already challenging yourself!

Going to school in a foreign country is extremely nerve-racking. I was so scared to go to school every day for the first couple of months.

There is nothing like starting a new school in high school, even under ordinary circumstances. Then throw in the language barrier, fashion differences, and the fact that I lived in Norway, where everyone is a string bean with blonde hair, and here I am. Half black, 5’2″, with dark curly hair. Needless to say, I was stared at A LOT.

But I worked it to my advantage and was soon the “American girl” people wanted at their parties. It’s all about working those angles.

There is something to be said for the mental willpower it takes a person to leave everything they have ever known to throw themselves into a new and utterly foreign culture, especially at a young age.

Most people who study abroad are so young that they have little to no life experience to prepare them for this. If you ask me, just making the decision to study overseas in itself is highly commendable. It’s important to remember that while being an exchange student comes with many perks and unique memories, it is NOT easy.

I arrived in Norway in August, I was in awe for the first few months and having a blast. And then the homesickness set in around the holidays. I have never cried so much in public as I did in November and December while on my exchange. Everything made me emotional. I even cried while trying to teach my Norwegian friends how to make s’mores because “they weren’t doing it right.” I missed my family, my family’s traditions, and honestly… I really freaking missed my dogs.

I feel like I can do anything I put my mind to now.

Studying abroad is no easy feat. But, if you can push yourself to do it, you’ll find a sense of pride and confidence that you didn’t have before. And I owe a lot of that to the growing I did while on my exchange.

It’s amazing what you can learn when you are your own safety net.