Maybe it’s our fixation to backpack or bike the longest trail in North America that drives us, or perhaps it’s the need to leave behind the iPads, iPods, and iPhones and get lost in the wilderness. You can put your life on hold to tackle one of these trails, or, like most folks, sample the serenity in a weekend or weeklong trek.

(Note: Biking not allowed on all trails listed, only those that specifically mention it.) 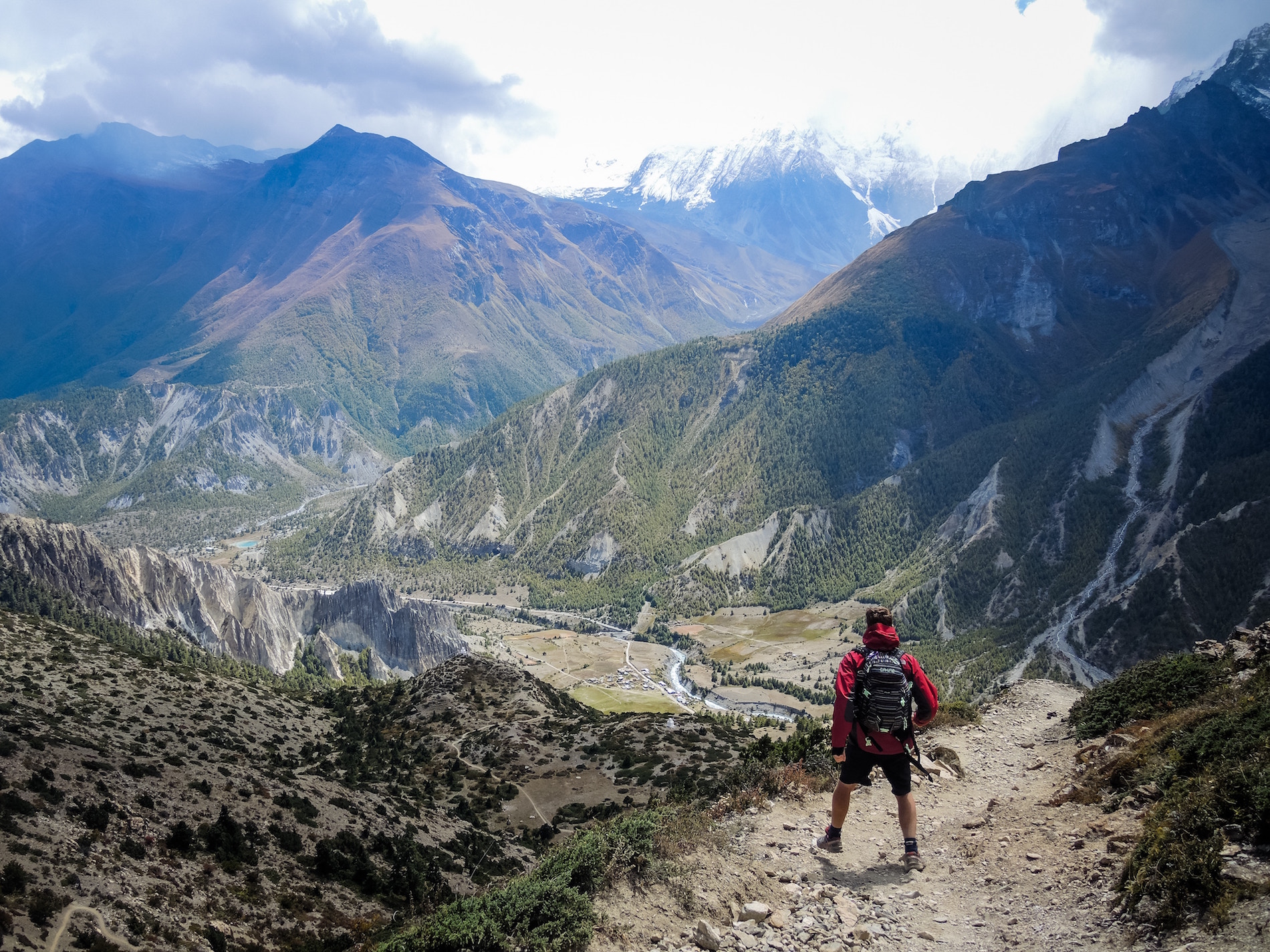 Photo by Simon English on Unsplash

In 1921, Benton MacKaye had the idea to create a single footpath along the Eastern Corridor. Sixteen years later, the Appalachian Trail made its debut. Starting at the top of Springer Mountain, Georgia, the AT touches 14 states and enters six national parks before reaching its northern terminus 2,178 miles later at the summit of mighty Mt. Katahdin in Maine. Follow the white blazes from its lowest point, 124 feet, at the base of Bear Mountain, New York, to its apogee, 6,625-foot high Clingmans Dome in Tennessee. One of the most popular sections is the craggy peaks and notches of the White Mountains of New Hampshire, where thru-hikers get to rest their weary bodies and enjoy a gluttonous dinner inside one of the historic huts run by the Appalachian Mountain Club. For guidebooks, maps, and trail updates, contact the Appalachian Trail Conservancy.

Starting just west of St. Louis, the 239-mile Katy Trail has the distinction of being the longest rail-trail in America. Much of the hard-packed gravel trail parallels the same Missouri River explored by Lewis and Clark over 200 years ago. Yet, far more intriguing for riders today is the fact that this section of Missouri was once the second-largest wine-producing region in the country before Prohibition. Wineries such as Stone Hill in Hermann, known for a dry red wine called Norton, make for ideal pitstops along the route. Drink some wine and take your travel tripod along to make some great photos.

Some B&Bs cater to bikers as you continue west to the capital of Jefferson City and the French settlement of Rocheport. Savor the stunning river views, hillsides draped with vineyards, and the limestone bluffs before calling it a day and buying dinner and a room in any number of communities. BikeKatyTrail.com has a list of B&Bs, wineries, and other sites along the route. 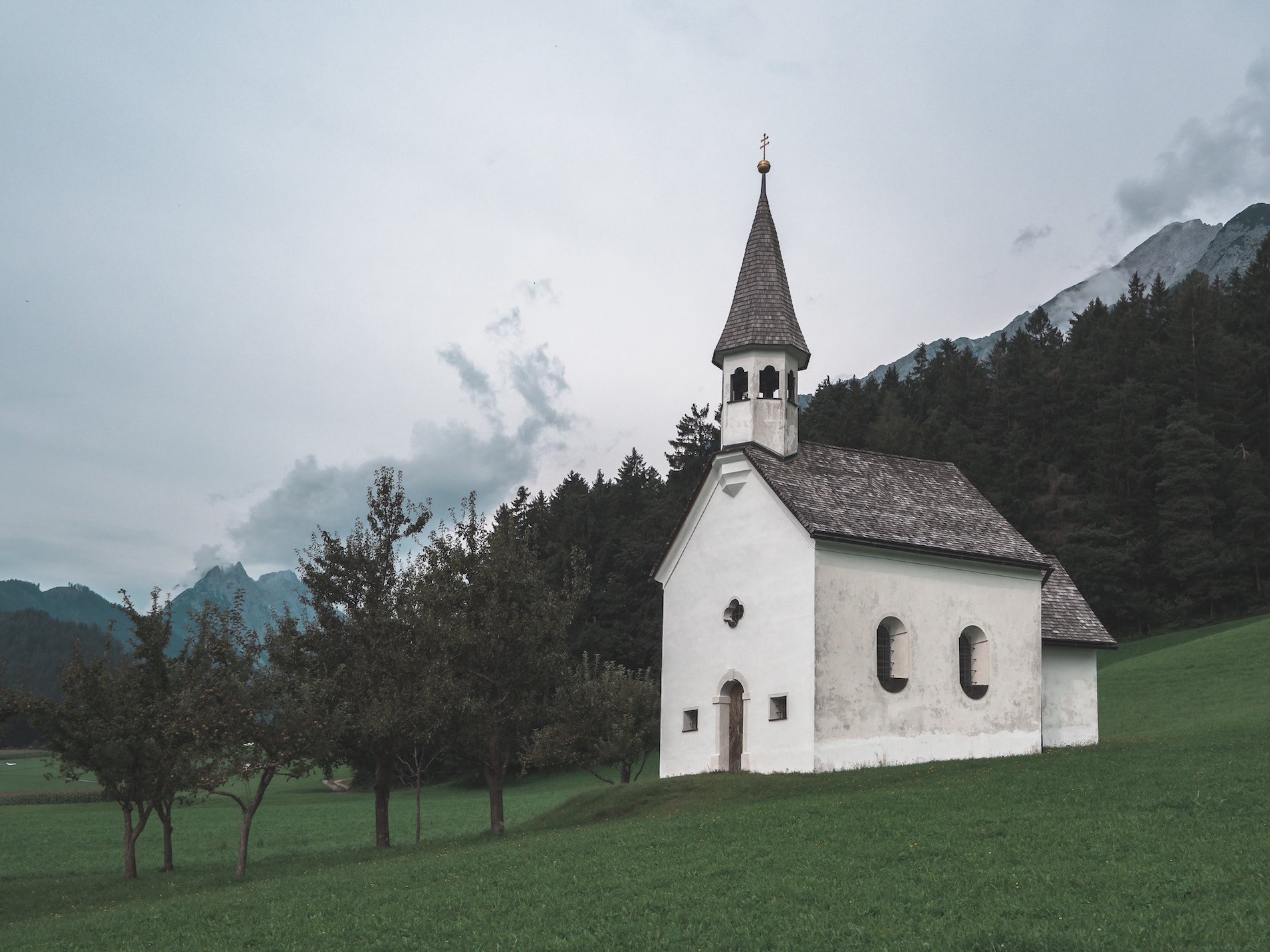 Photo by Robin Spielmann on Unsplash

Larry Warren’s decades-old dream of creating a 180-mile trail system through Maine started to take shape with the opening of his first backcountry lodge near the Sugarloaf Ski Area in Carrabassett Valley in 2008. Now Maine Huts & Trails, a non-profit membership-based organization, has just opened their second of twelve huts on the shores of Flagstaff Lake. Next year, a third hut, Grand Falls, is expected to open 12 miles north of Flagstaff. Other huts are soon to follow, each 10 to 12 miles away – a day apart for the backpacker or backcountry skier. Each lodge contains heated bunk rooms, showers, and a hot meal, similar to the AMC huts in the White Mountains. Yet, unlike the Whites, the terrain here is much gentler and more accessible. Instead of climbing 5,000-foot peaks, you’ll be hiking along the shores of rivers and lakes, so don’t forget to pack rugged sandals. This being central Maine, the wildlife is sure to outnumber fellow hikers, and you’ll have the opportunity to see moose, beaver, and foxes. 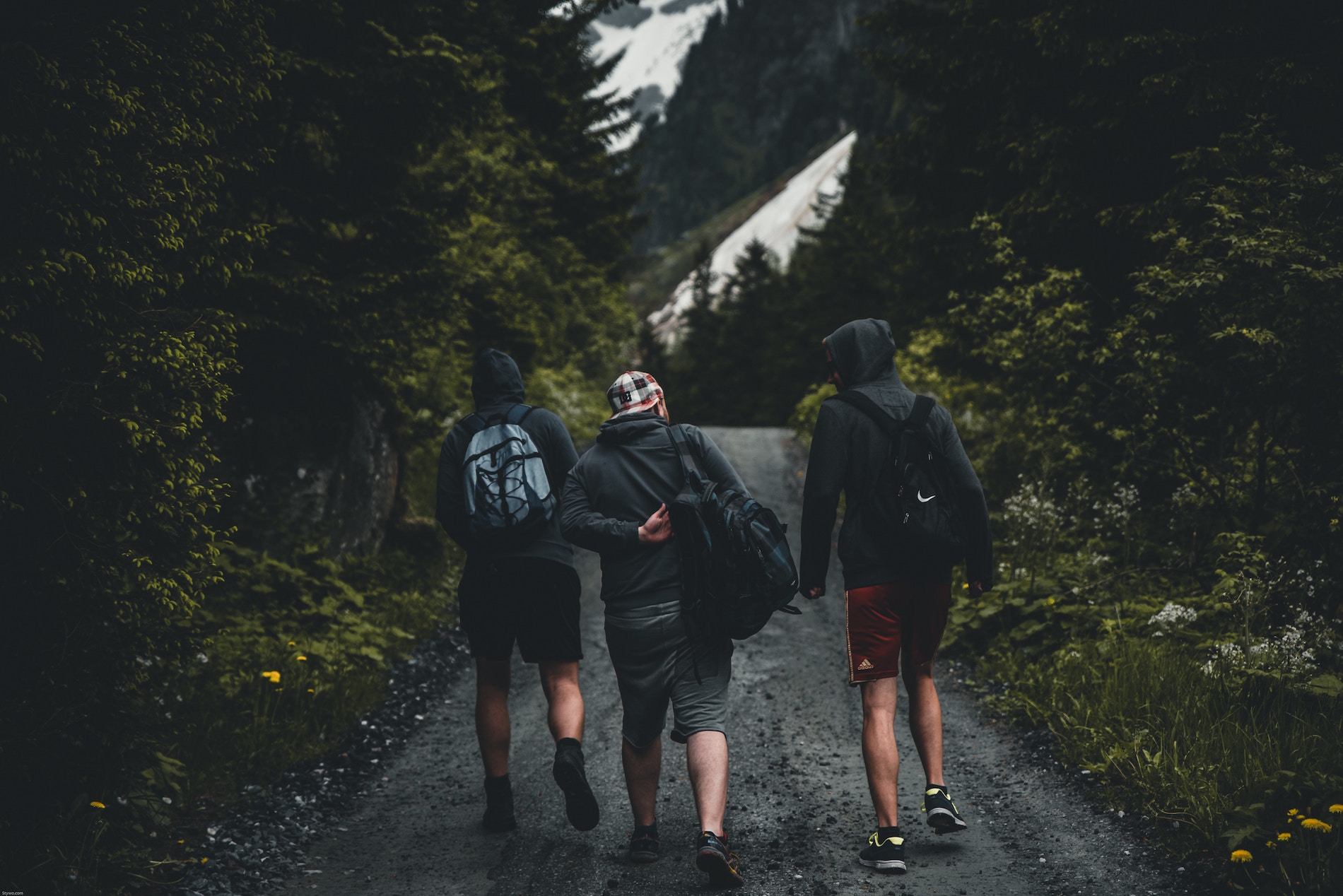 Photo by Stephan Seeber on Unsplash

In 1825, the Erie Canal opened and became of a marvel of engineering as commerce could now be transported from the Great Lakes to the Hudson River through a series of locks. Then the train was invented, followed by the automobile and the airplane, and boating on the Erie Canal was reserved solely for anglers and sunbathers. It wasn’t until the 1990s that bikers started to appreciate this 400-mile route from Buffalo to Albany on relatively flat towpaths of crushed rock and packed dirt, once used by mules to help open and shut the locks. Not only will you be biking through history, you’ll also be seduced by the rolling upstate New York countryside that slopes down to the waters of the Seneca and Mohawk Rivers. Stop at historic hamlets like Seneca Falls, a cornerstone of the women’s suffrage movement which now houses the National Women’s Hall of Fame. Don’t forget to pack a camera in your packing cube. Other stops include the college town of Syracuse and Schenectady, the birthplace of General Electric and home to a renovated theater that’s remained popular since Vaudeville times, Proctor’s.

Vermont’s 273-mile long high-country hiking trail is the oldest long-distance trail in the nation. Started in 1910, it’s still a narrow, unforgiving, rugged footpath in the wilderness that winds through the finest greenery of Vermont’s pastoral beauty. Go the whole hog and devote the four weeks or so necessary for an end-to-end hike. If you don’t have the time, grab one of the Gap roads that carve through the mountains and park at the trailhead for the quickest route into the mountains. A worthy example is the hike from Lincoln Gap to the peak of Mount Abraham, one of the many 4,000-foot summits you’ll reach on the trail. To snag a copy of the essential Long Trail Guide and requisite maps, contact the Green Mountain Club. 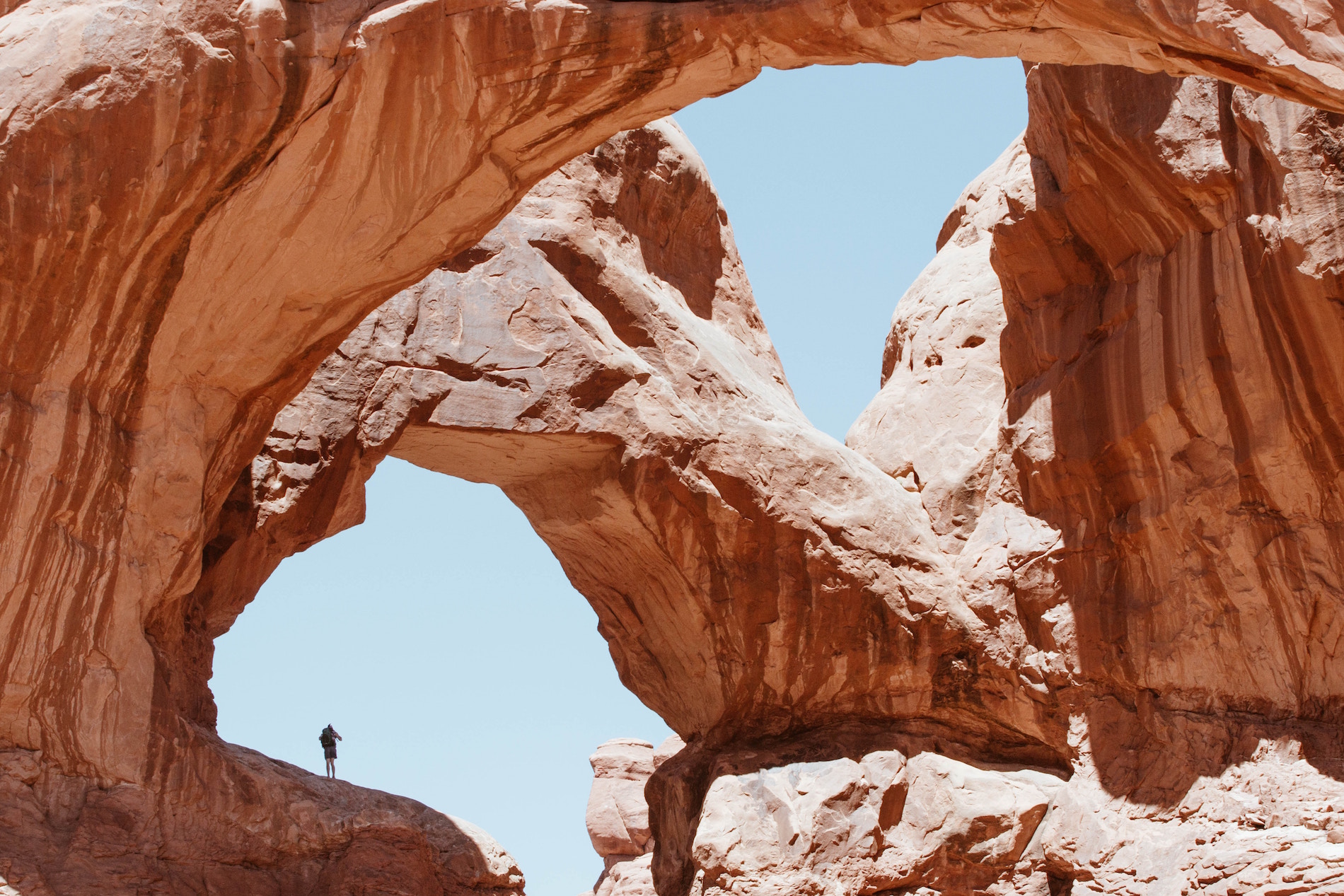 Photo by Lauren Pandolfi on Unsplash

Since 1997, when Steve Tabor was approached by a small organization in Oregon called the Oregon Desert Trail to help design a route through the Western desert, the man has been relentless. The inveterate tramper has spent every weekend away from his accounting job in the Bay Area hiking through this land of pinons, junipers, and joshua trees. The result is a 1540-mile route approved by the Bureau of Land Management that starts at the Mexican border, snaking like a rattler through some of the least visited but best-known desert hot spots in the country—the Mojave, Death Valley, Nevada’s Great Basin—before ending in eastern Oregon. The goal of the organization is to bring to the desert the same recognition the Appalachian Trail once brought to the mountains, one of respect and awe. It’s a great one so don’t forget to take all necessary biking gear to enjoy it.

Take the pride of Pennsylvania, the Great Allegheny Passage, and combine it with the C&O; Canal, which runs along the north shores of the Potomac River in Maryland, and you get a 320-mile bike path that connects Washington, DC, to Pittsburgh. They’re still completing the last bit of trail between Duquesne and Pittsburgh, but in the interim you can ride traffic-free along the Potomac, Youghiogheny, and Casselman Rivers, stopping to camp in state parks or the numerous B&Bs; that line the route. The Allegheny Trail Alliance posts updates on the trail, along with a detailed trail book. For updated C&O; info, check out BikeCandO.com. 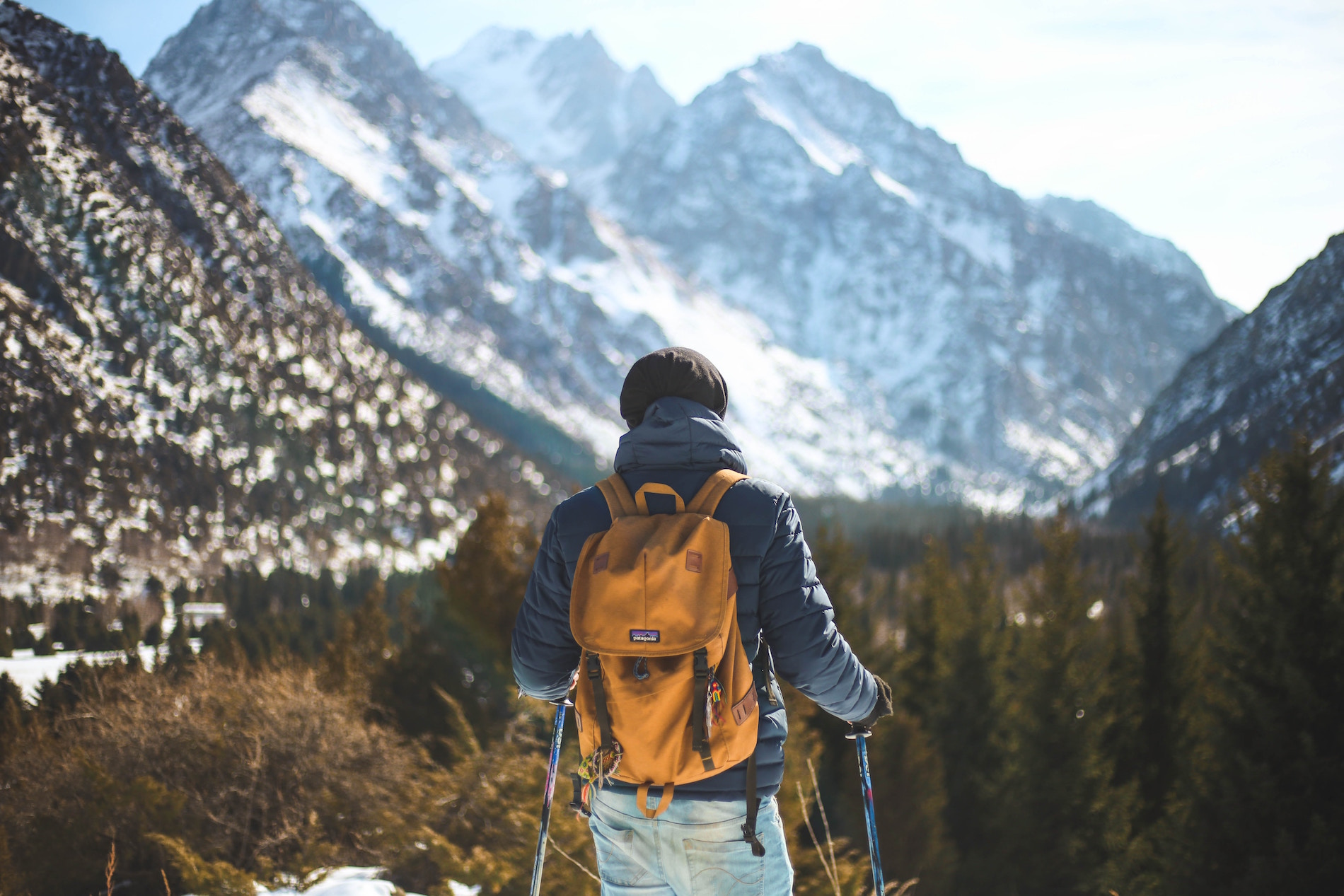 Photo by Oziel Gómez on Unsplash

If an avid backpacker could create his or her own dream trail through the Western United States, they would arrive at the Pacific Crest Trail. The 2,650-mile romp weaves through glorious national park scenery, including Yosemite, Crater Lake, Mount Rainier, and North Cascades. You want diversity of terrain? How about trekking amidst six of the seven ecozones in America, from the desert to the tip of a 14,000-foot peak? Only a handful can endure the entire end-to-end route. For a good introduction, try the last 40 miles of the trail from Hart’s Pass to Canada in Washington’s Pasayten Wilderness. You’ll find far more grizzlies, wolves, and lynx than humans and you’ll be rewarded with glorious views of Mount Baker.

In the mid-60s, the same Benton MacKaye who founded the Appalachian Trail urged Congress to create a long-distance route straight through the Rockies. The result is the Continental Divide Trail, a 3100-mile journey that hits all the highlights like Rocky Mountain, Yellowstone, and Glacier National Parks. Unlike the AT, however, whose white blazes are clearly marked, some of the Continental Divide Trail is still not in place. So if you’re planning to go from Mexico to Canada, you better have a good map and compass to get you back on the route. If you want a sublime taste, it’s hard to top the Bob Marshall Wilderness in Montana, a remote outpost that easily seduces with its wide-open vistas and sparkling night sky.