The thought of a woman traveling the world alone can conjure up so many fears and anxieties in other people. It’s easy to take those negative emotions and project them onto ourselves. This was the first and starkest lesson I learned when setting out on my first solo trip at age 19.

My plan wasn’t anything particularly remarkable in terms of travel: a year of backpacking and working around Australia with a couple of months spent exploring the islands of the South Pacific. It seemed like a pretty big challenge to me at the time, and it was in lots of ways. But mostly, I was excited about exploring those far-flung places and the challenges I would no doubt encounter and have to overcome alone for the first time in my (young) adult life.

It was only when I started telling people about my plans that I began to doubt myself.

Responses varied from, at best, “Wow, how brave!” to “That’s so reckless, think of your safety,” and “You won’t know anyone. What if you get in an accident and there’s no one there to help you?” at worst.

My vulnerability was implied in almost every response. These people struck fear into me where there had been only natural apprehension.

They came at me even when there was no evidence whatsoever that I was any more stupid, reckless, and therefore “vulnerable” than any man planning a solo adventure. It didn’t matter that I was reasonably bright, pretty resourceful, and street smart. My femininity, it appeared, was my downfall.

This was also the first time had I felt, viscerally, the perceived difference between me and a man my age. I wish I’d known then what I know now – none of it was true.

I was not reckless. I was not silly or naive. And I wasn’t brave, not really.

You don’t need bravery to travel. After all, what’s so brave about the act of booking a flight or train ticket or applying for a visa? It takes minutes and is ludicrously simple these days.

What I do believe every potential independent traveler needs, regardless of their gender, is resolve.

If you have decided to do it, then you will. You’ll overcome obstacles such as financial constraints if you know you’re getting on that flight in a few weeks. It’s getting to that mental state that can seem like a challenge. Uniquely so, if you’re a woman. Even though I was always going to do my trip, I definitely felt my resolve start to waiver when those fearful scenarios were planted in my imagination.

What if I do end up dehydrated and alone in the Outback, delirious with fatigue, chased and eventually eaten by dingoes? Or, perhaps more realistically, what if I get mugged? Who’s going to help me?

Honestly, I didn’t know who would help – if anyone would help. But what would happen if I got mugged in London, where I was hanging out nearly every weekend at that age? I’d never thought about it, and the thought wouldn’t have stopped me from visiting the city. So really, what was the difference?

What I merely suspected back then, but have since learned to be true, is that the dangers of exploring unfamiliar places don’t differ much from exploring the familiar.

For example, wild swimming in the UK can be dangerous, and so is swimming through waterfalls and rivers in other parts of the world. Life itself is fraught with danger if you look at it that way, for everyone, man and woman. It’s no different when you travel.

The other important lesson I’ve learned is not to fall into the trap of feeling that because a place is unfamiliar, you won’t be able to figure things out.

Since my first foray into independent solo travel, I’ve found myself chased through the Sumatran jungle by an angry orangutan (she gave up), had a creepy guy I met at a bar knocking on my hotel door at night wanting to come in (he eventually went away), and sped up a winding mountain road in the dark on a motorbike going way faster than I thought I could handle (I handled it).

The point is, I was fine.

That hike through the jungle was one of the most challenging and rewarding hikes I’ve done. The night the creepy guy was at my door was during a road trip through New Mexico, which turned out to be my favorite of all the US states. That motorbike ride ended with me on a mountaintop, looking at a sky so full of stars, I couldn’t take them all in. 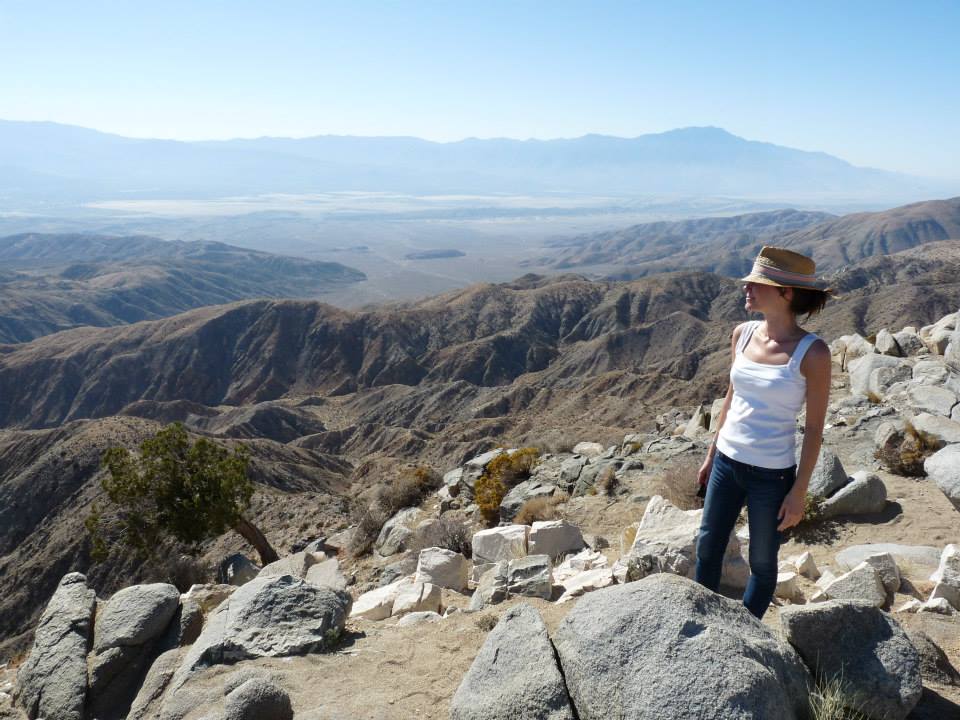 Don’t listen to the people who have never done it. Listen to the women who have. They are your tribe and they know the truth of it.

Above all, just go.

A good dose of self-induced fatalism will force you out of your comfort zone to experience places, cultures, and people you would never encounter otherwise. This is the prize, and it’s the granddaddy of them all.

So if you’ve always dreamt of hiking in the Pyrenees, photographing Rio, or watching the sun rise over the temples of Bagan, the two most useful words to have in mind when you book your flight are “f**k it.”

Solo travel is like being a woman at home – people will always think your womanhood is your vulnerability. It’s nonsense. Be smart, and be cautious only when you actually need to be.

Be someone who travels anyway.