Budget backpacking is on the rise in Mexico among solo travelers despite negative media coverage. Recently, the cost of flights to Mexico City has dropped significantly from various major cities across the States.

It’s not hard to find direct, round-trip flights to and from Mexico City ranging from the high $200s to the low $300s.

Because of the relative ease and low cost of travel, Mexico has long been one of the top destinations for solo international adventures from a US home base. With a wide variety of attractions and its diverse landscapes, Mexico is the perfect destination for food, entertainment, history, and culture.

As a first-time visitor, here’s what you need to know:

Tourists from the US can stay for up to 180 days without applying for a visa. Check travel advisories before you leave for the most up-to-date information. 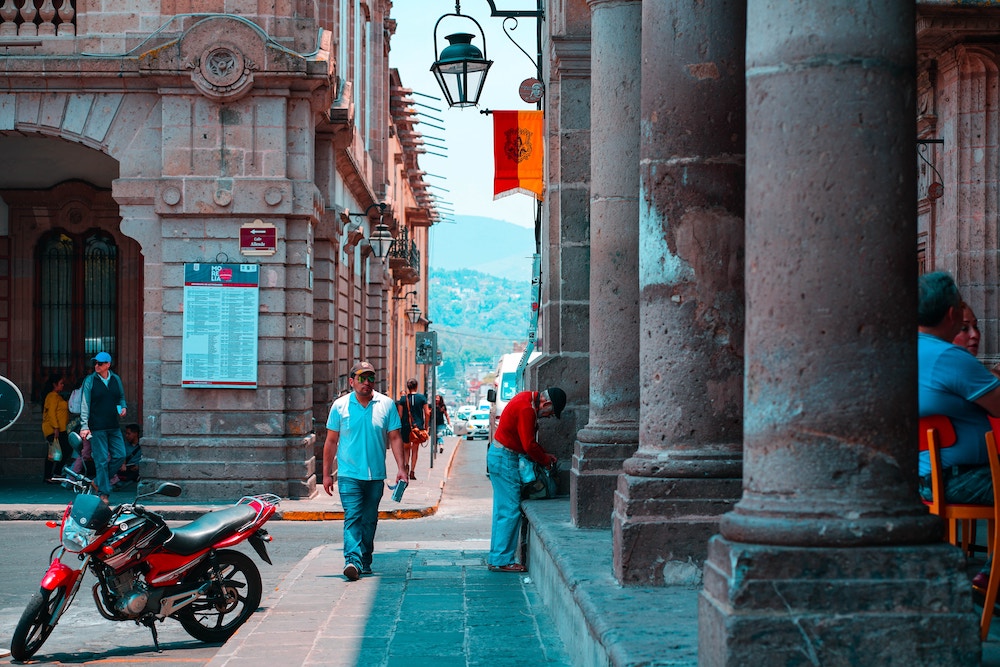 Transportation: Getting There and Getting Around

Mexico City is the most common arrival point. Most international flights arrive in Terminal 1, but a shuttle connection to Terminal 2 is available.

For safety reasons, always take an authorized taxi directly to your destination. It is unwise to hail one on the street. Taxi stands are located within the airport. An attendant will print you a ticket with a price to hand to the driver. Be aware, Mexico City is vast, and traffic can be heavy. A trip from the airport to the southern neighborhood of Coyoacán can take up to an hour and a half. If the taxi cost is out of range, Uber is another option.

If taxis aren’t what you’re looking for, try taking the metro. The airport is located at Terminal Aérea on the yellow line. Mexico City’s transit system may appear intimidating at first, but it is well laid out and easy to navigate. Fares can be purchased from the booth attendants. Be aware that it can get very crowded during rush hour.

Bus classes include deluxe, executive, first, and second class. If traveling to Querétaro, Puebla, Toluca, Tlaxcala, and Pachuca, there are long-distance buses directly from Terminal 1 with a stop at Terminal 2. Bus companies include Estrella Roja, Estrella Blanca, Pullman, Caminante and Primera Plus.

From Querétaro, it’s easy to reach San Miguel de Allende and Guanajuato. For other destinations, make your way to one of Mexico City’s four terminals.

From Cancún International Airport, it’s straightforward to take an ADO bus to downtown Cancún or downtown Playa del Carmen. Travelers going to Isla Mujeres can easily take a taxi to the ferry terminal.

From Playa del Carmen, frequent and low-cost collectivos (small minibusses) can easily be taken to destinations such as Tulum, Puerto Aventuras, and Akumal. ADO buses continue to Bacalar and Chetumal, and onwards to Belize. The ferry terminal to Cozumel is an easy five-minute walk from the long-distance bus station.

When arriving from Guatemala, one of the first major Mexican cities will be Tapachula. From there, one can continue north to San Cristóbal de las Casas with OCC and Cristóbal Colon bus lines.

Accommodations: Where to Stay as a Solo Traveller 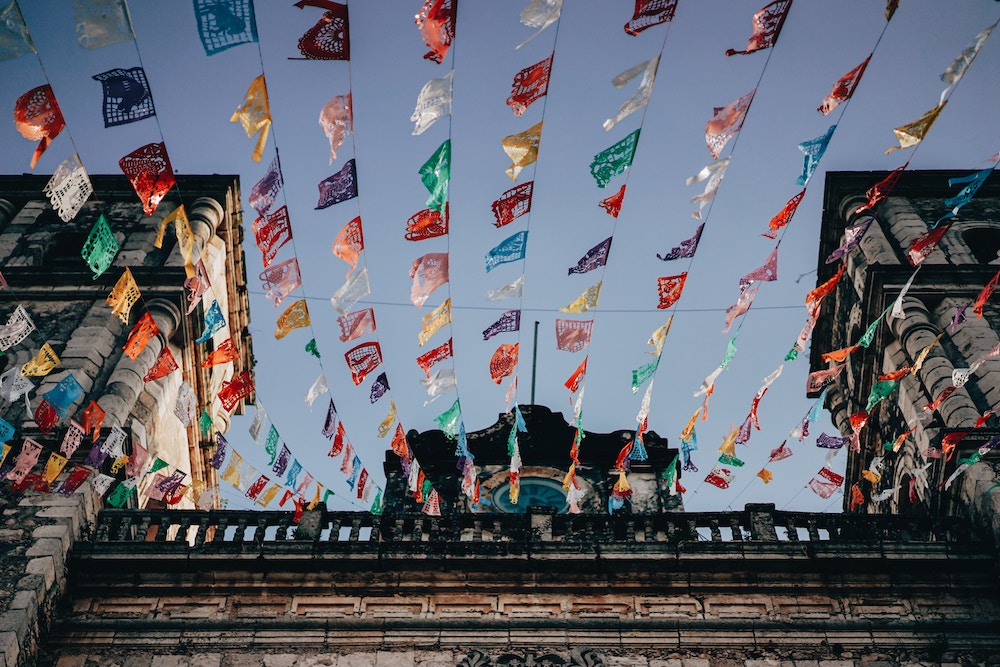 Mexico has a wide range of accommodations ranging from budget hostels to five-star chains and resorts. What you choose depends on your budget and style of travel. Are you here for the nightlife and prefer a central location, or do you prefer quiet family-style accommodations? Or is a strong WIFI signal the most important consideration for your digital nomad lifestyle?

Hostels are a classic option. They’re cheap, often centrally located, and they make it easy for solo travelers to gather route information and meet other individuals. The downside is the sacrifice of privacy for your budget, but single rooms are sometimes available at hostels.

These are a popular pick for travelers who prefer to dive deeply into the local culture by staying in one destination for at least a month at a time. If done right, slow travel via short-term rentals can also save you a great deal of money. See our guide to short-term rentals.

Hotels in Mexico range from expensive luxury accommodations to local rooms. Some are comparable in cost to hostels – another perk for travelers on a budget. Keep in mind that petty theft is not uncommon at hotels across Mexico and take precautions accordingly.

Consider booking through Airbnb or Homestay if you’re looking to connect with locals. Keep an eye out for accommodations that are shared with local families, and you may just get a truly off-the-beaten-path look into Mexican culture. A good grasp on the Spanish language is a perk here, but not entirely necessary.

Food: The Best Mexican Food on a Budget

Mexico is a diverse country with outstanding cuisine in each state. It’s easy to find budget-friendly meals on every corner without sacrificing flavor or quality. Whether you’re looking for traditional foods, sandwiches, or tacos, something on this list is going to become your new favorite dish. 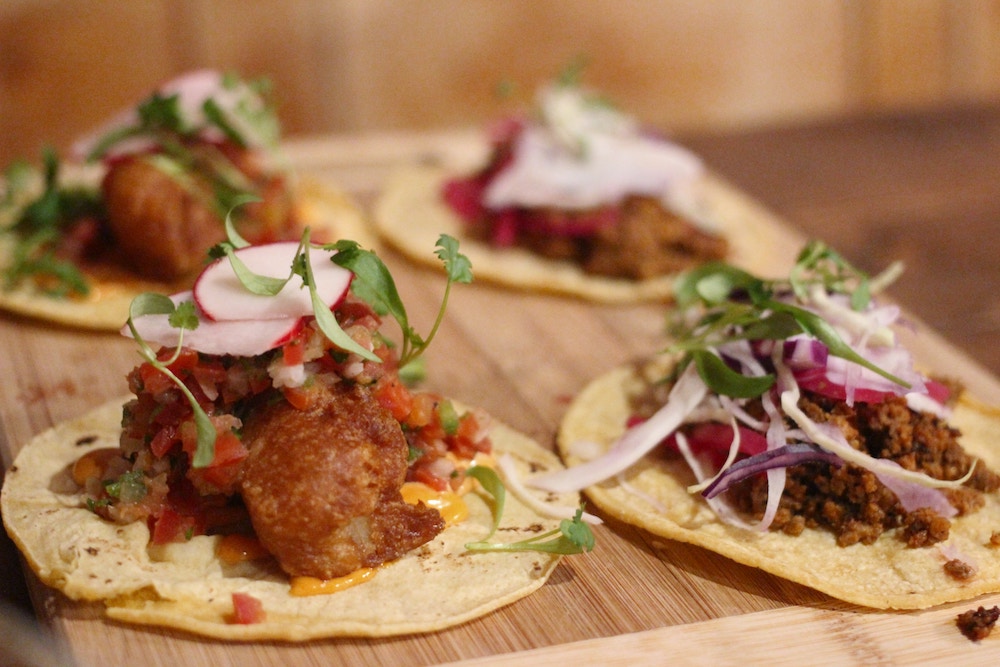 The taco varieties in Mexico seem endless and it’s impossible to sample them all in a short trip. Do not miss the four most popular varieties, which can easily be found in any city.

Into nightlife? Look out for various pub crawls that will orient you within each new city. Some popular cities for nightlife include Mexico City and Cancún.

Lucha Libre or Mexican wrestling is another fantastic way to spend the day. Go see the luchadores every Tuesday, Friday, and Sunday at Arena México, in Mexico City.