Israel – The good, the frustrating, and the just plain quirky

After three weeks of touring Israel, my husband and I have fallen in love with this tiny country. Israel is awash in dazzling historical sites, fascinating architecture, and religious venues that can bring you to tears. It’s hard to imagine a country the size of New Jersey possessing so much – ski resorts, coral reefs, Mediterranean beaches, and of course, the ubiquitous desert. Despite all its attributes though, it possesses a quirkiness that can run the gamut from charming to exasperating. 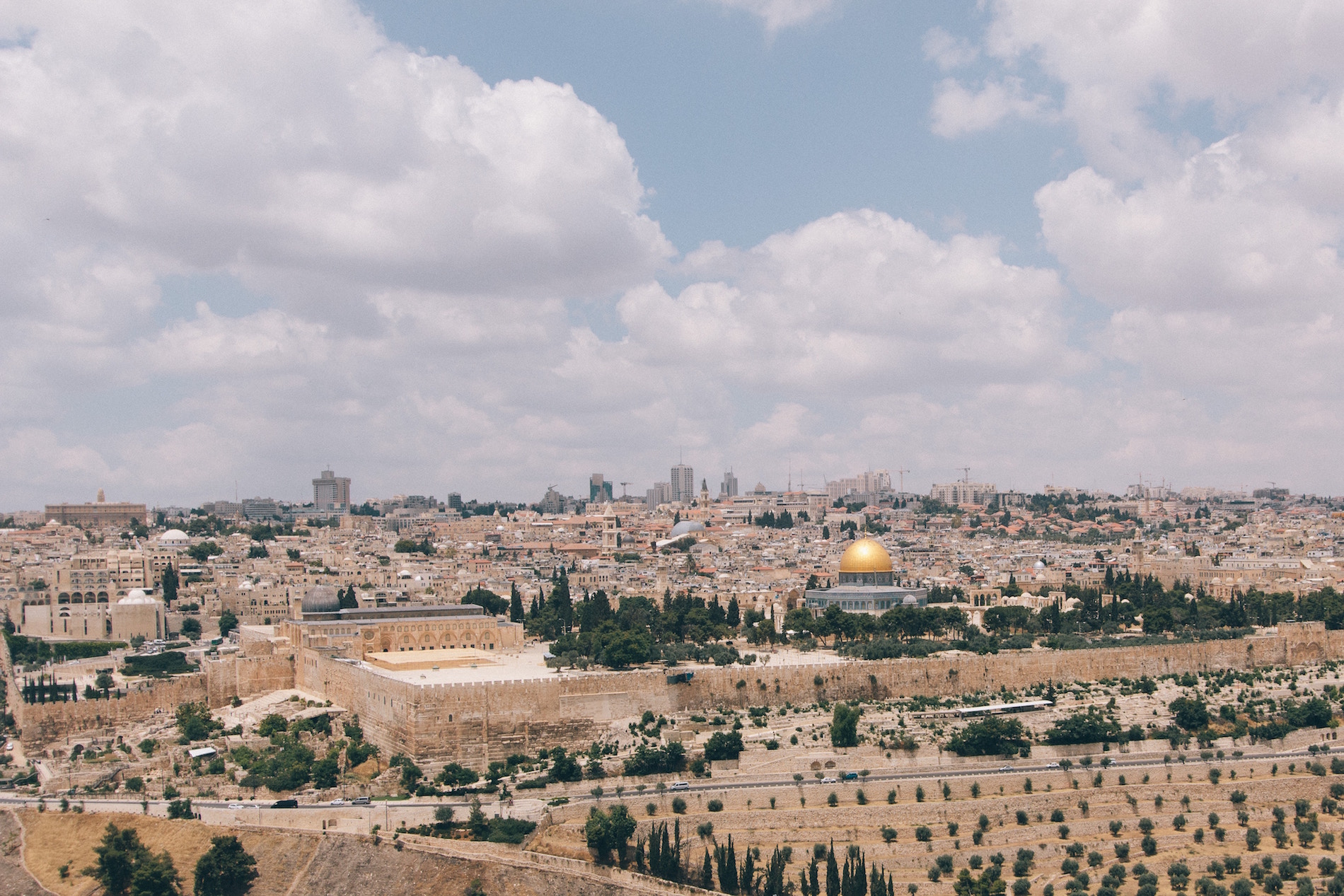 Photo by Rob Bye on Unsplash

An example of “good quirky” is breakfast.

If you’re expecting a typical American hotel breakfast bar with the standard queue at the waffle maker, cereal, bacon, and eggs, you will either be delightfully surprised or possibly frustrated. In Israel, fresh, colorful, and artistically arranged fruit and vegetables reign supreme. Yogurt, pita bread, baba ghanoush, and poached eggs are also available but usually take a back seat. If you’re lucky, your buffet will also have halavah – a ridiculously rich and tasty dessert made from sesame seeds and olive oil. If you have a sweet tooth (and who doesn’t?) there are about a gazillion gelato kiosks peppered all over Tel Aviv and Jerusalem. Small convenience type stores are awash in colorful candy, chips, dried fruit, nuts and every kind of imaginable snack to provide energy for touring.

Tel Aviv, (nicknamed the “White City” for its plethora of eclectic international style buildings) for instance, is famous for iconic Bauhaus buildings. Typically white, sleek, and understated, with ribbony wrap-around balconies, these structures are architectural marvels. Many have horizontal windows created with sun exposure in mind.

However, a few blocks away you’ll find what feels like another universe. 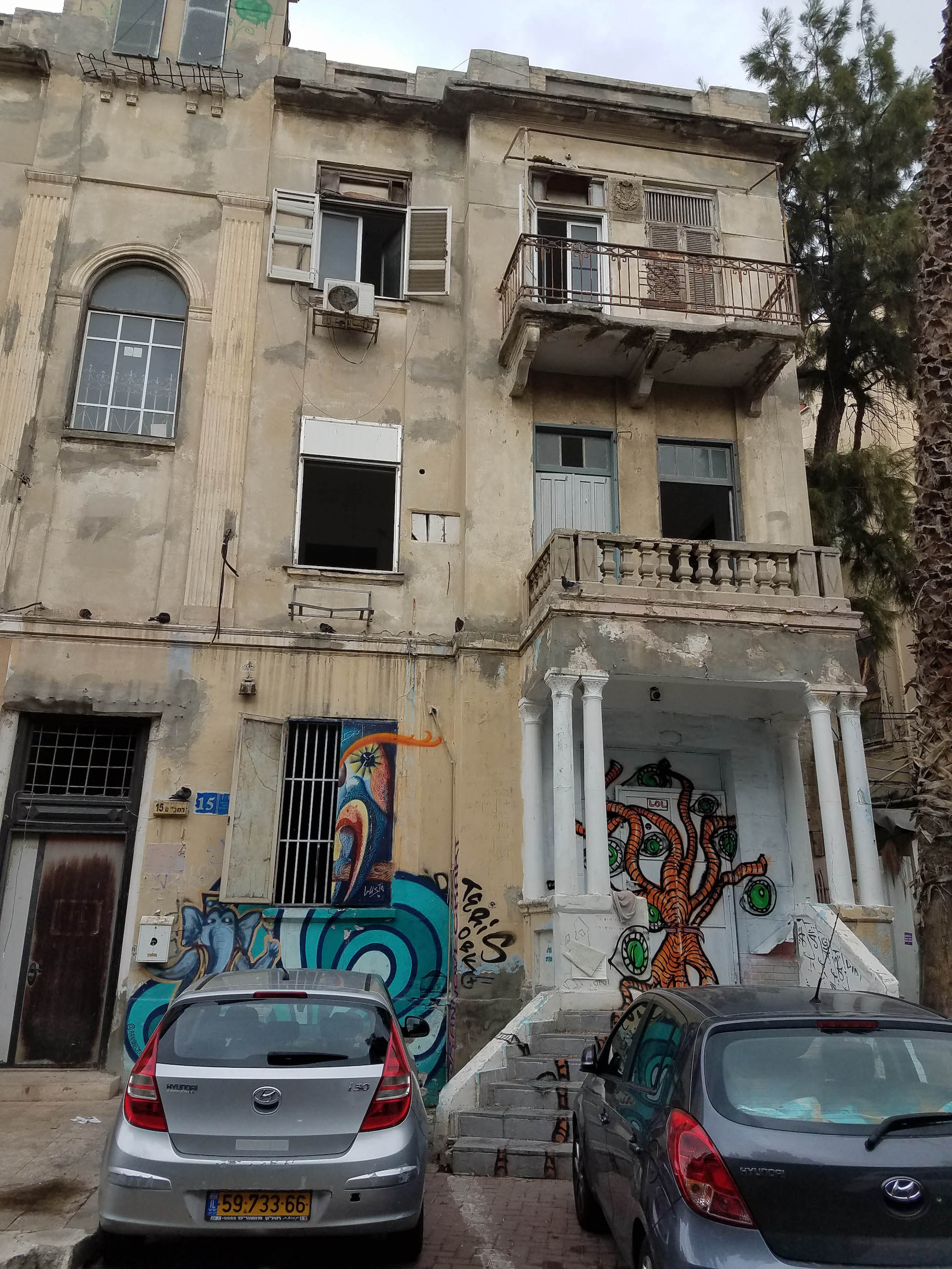 Buildings with crumbling stucco and air conditioners that seem to be hanging on to the walls like a loose tooth, come into view. As if to compensate for the dilapidation, there is amazing creative graffiti on a smattering of buildings. Walk another direction and you’ll be in Tel Aviv’s “emerald city” the heart of downtown with it’s soaring, slick high rises that can compete with New York or Hong Kong for architectural mastery. This is the magic of Tel Aviv; a true kaleidoscope of a city that is just begging to be discovered and marveled at.

The Israeli driving experience, not to mention walking, definitely falls under the category of “crazy” quirky.

Rollerbladers, bike riders, scooter riders, motorcyclists, all are whizzing about in perpetual motion, day and night. Amazingly agile, they seem to possess an innate ability to stop on a dime. If you are one of the brave and daring who decide to drive in Tel Aviv, the experience can be maddening. Many of the streets are extremely narrow, causing drivers to inch along as they pray not to hit a parked car.

Israeli parking can actually be an amusing phenomenon.

While walking down a street in Tel Aviv, we noticed something that totally challenged our “parking paradigm”. The majority of cars were parked as they would be in any city, all facing the same way, parallel to the sidewalk. The driver of one car decided to be a maverick and park at a 90-degree angle to the street. We exchanged that “only in Israel” look, which was becoming more and more common.

Speed limits? If you are lucky enough to see a speed sign, you’ll find that going even twenty miles over the posted limit will make you feel like a turtle.

Case in point: on the highway from Jerusalem to Eilat, I followed the speed limit to the letter for the most part. My common sense approach drew the ire of the bus driver behind me who rode my tail for miles, unsuccessfully trying to intimidate me. With no place to turn out and let him pass, I plodded along, with an occasional slight swerve to let him know I was a force to be reckoned with. This went on for about forty-five minutes till I was able to ditch him…and his attitude. 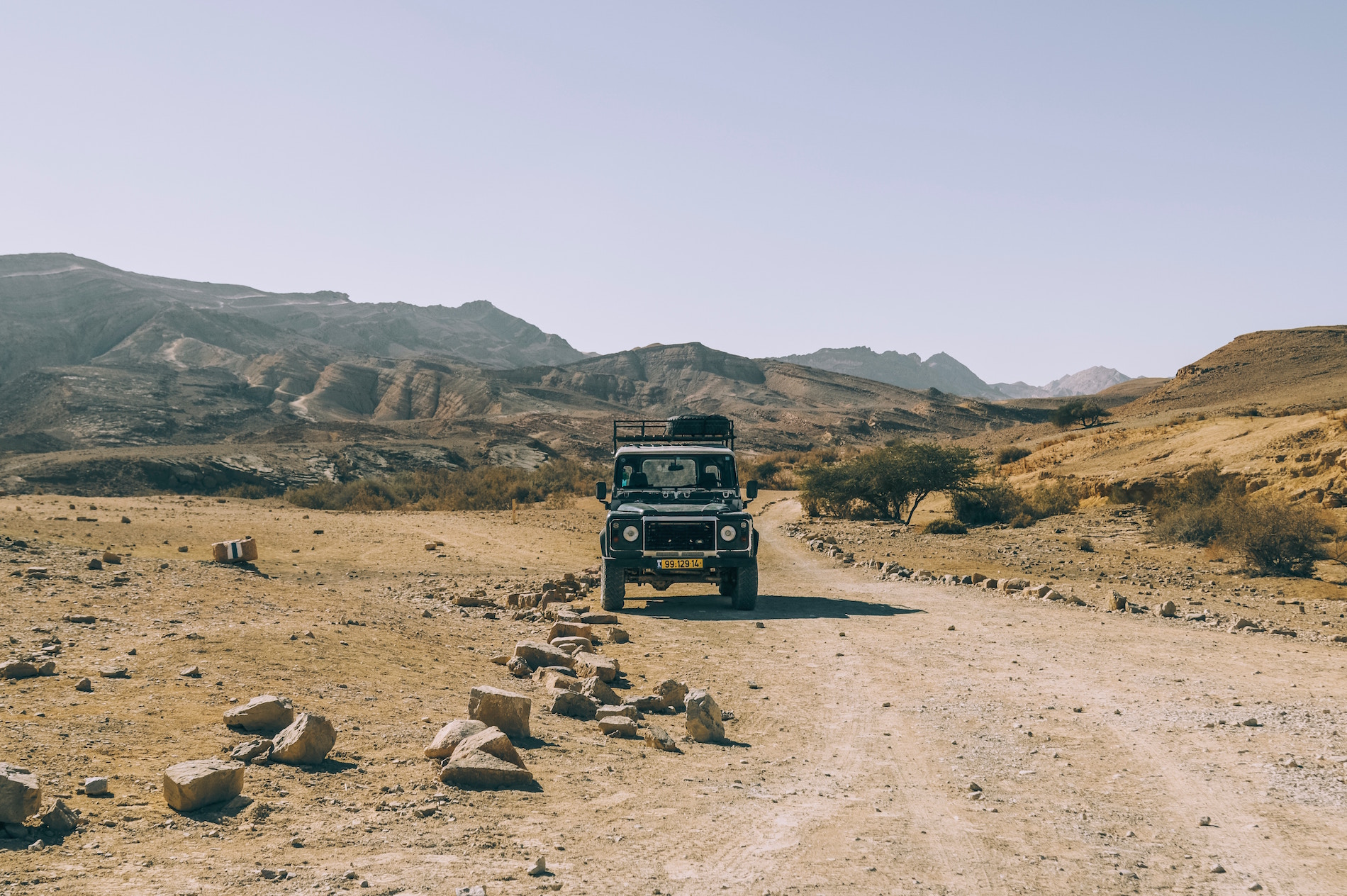 Photo by John T on Unsplash

The highway held other unique memorable moments as well. For instance, signs warning drivers to watch out for camels crossing the highways.

Of course, from that moment on, I was kind of giddy at the thought of seeing one – just not in front of me. Even a stop at a convenience store on the highway from Jerusalem to Tel Aviv provided a heightened sense of amusement. In addition to a gelato stand, and a small clothing boutique, there was even a small zoo. Unfortunately, it was closed but we did see a few birds.

“Hell hath no fury like a wronged Israeli taxi driver,” we discovered.

One driver in Jerusalem made New York cabbies seem tepid by comparison. Believing another cabdriver wronged him, a mental circuit breaker seemed to go haywire in his brain. He actually got out of the cab and in addition to screaming, he literally banged on the other cab like a madman for about twenty seconds. Our adrenaline on high alert, we gave each other the “this can’t be happening” look. Before we could make our escape, he calmly got back in and away we went. Nothing to see here folks.

Taking cabs can be a challenge on another level as well. Drivers are extremely vocal about where they think you should go. Not only do they get you from point A to point B, they are insistent you tour every possible place they can think of, with Bethlehem being the most popular. Every scenario unfolded the exact same way: “Where are you going? Do you want to go to Bethlehem?” One driver even volunteered to drive us to Eilat – a four-hour drive.

All in all, Israel is one of the most richly historic places on earth. Just watch out for anything with wheels.

Restaurants were on occasion, an “out of the box” experience as well. Seems we had been spoiled all these years by expecting customers to wear shoes in anything but fast food places. Imagine that! A young hippie man sat next to us barefoot and with dirty feet, to boot. Hard to imagine this happening in the US. But there he was, partaking of his dinner, sans shoes, as if it were the most ordinary thing in the world. Israel a la Flintstones.

Like an old vase that is made more beautiful by its chips and flaws, Israel is enhanced by all its eccentricity and rich variety. The “cradle of civilization” is as fascinating and enchanting as it is mystifying. You may feel a lot of emotions during your visit; boredom will never be one of them.