Making the Most of Train Travel

The first trip I took by myself – no tour groups, no parents, no friends – was halfway across the United States.

I went from Connecticut to Texas just after graduating high school to go to an Internet gaming convention. As someone with a fear of planes, I needed to take the train or else I would have missed the event, so I took three trains across three days to get to Austin, Texas. I only stayed in town for three days, and then turned around to do the trip all over again.

My Amtrak route took me down from New York City to Washington D.C., then across Pennsylvania to stop in Chicago, then down through Illinois, Missouri, and Arkansas, before finally arriving in Texas. I was able to see more of the country than ever and the views still comfort me to this day.

Watching cities turn to cornfields and back is a one of a kind experience you would miss on a plane.

As I was just 18 years old, I did not really know what to expect from traveling this far on a train, so below are my best pieces of advice for traveling long distance by train. These tips come from a frame of mind surrounding an Amtrak train. I am nearly positive these can be applied to other train companies in other countries, but I cannot be certain all of them would be applicable. 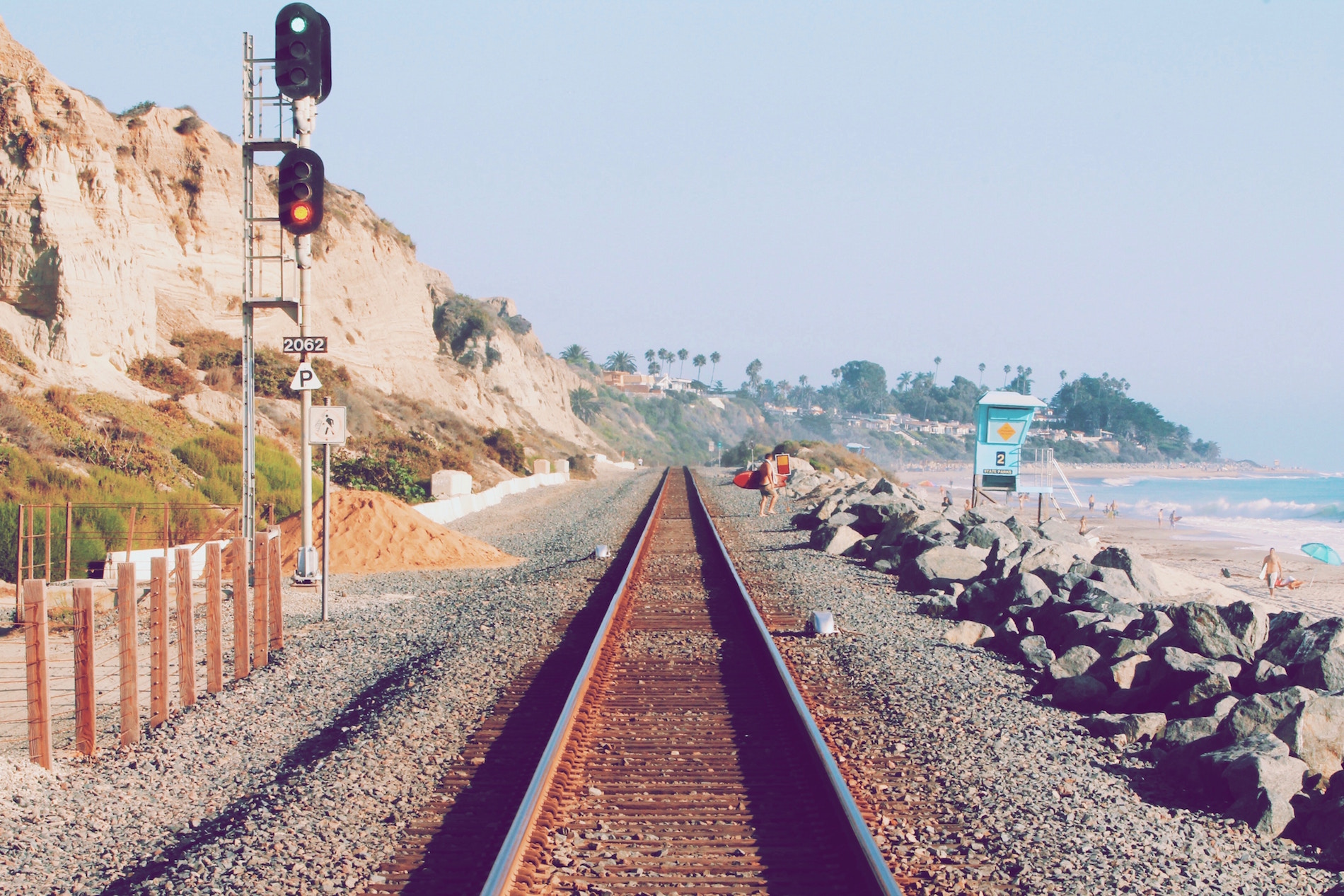 Photo by Christopher Sardegna on Unsplash

1. Bring your favorite travel pillow and a blanket

Not only did I travel across the country by train, I sat in a regular coach seat the entire time. While Amtrak trains do offer ample leg room and I am on the shorter side, there were still times when I felt a little uncomfortable. Bringing items that help you feel at home is the best way to ensure some good rest.

Thankfully, I had my favorite neck pillow to help me rest against the window and get some sleep overnight. A blanket is a good idea as well, or simply bring some cozy pajama pants and fuzzy socks to keep warm throughout the night. I am also an avid stuffed animal lover, so I had my trusty stuffed bunny with me as well. Do not feel ashamed if you need something like this to be comfortable!

2. Bring your own food to save money onboard

Amtrak’s food, while convenient, is not my cup of tea. I find it’s too overpriced for me to enjoy and not quite worth the effort. There’s not great variety if you are going to be gone for a few days, or if you’re traveling with children – their children’s menus offer only one or two options per meal. Instead, I make sure to stock up on snacks and mini meals to keep me covered from city to city. This way, you’re sure to like the food and it’ll fit with your budget.

Each time I had to change trains, the train stations were large enough to have fast food options, which were extraordinarily handy. During my trip, Chicago Union Station had a BOGO coupon for McDonalds sandwiches. That was lunch and dinner for around $5. When I preferred to be healthier, there were options as well. Chicago Union Station also had a Jamba Juice, giving me a fruity treat as I waited for the next train. 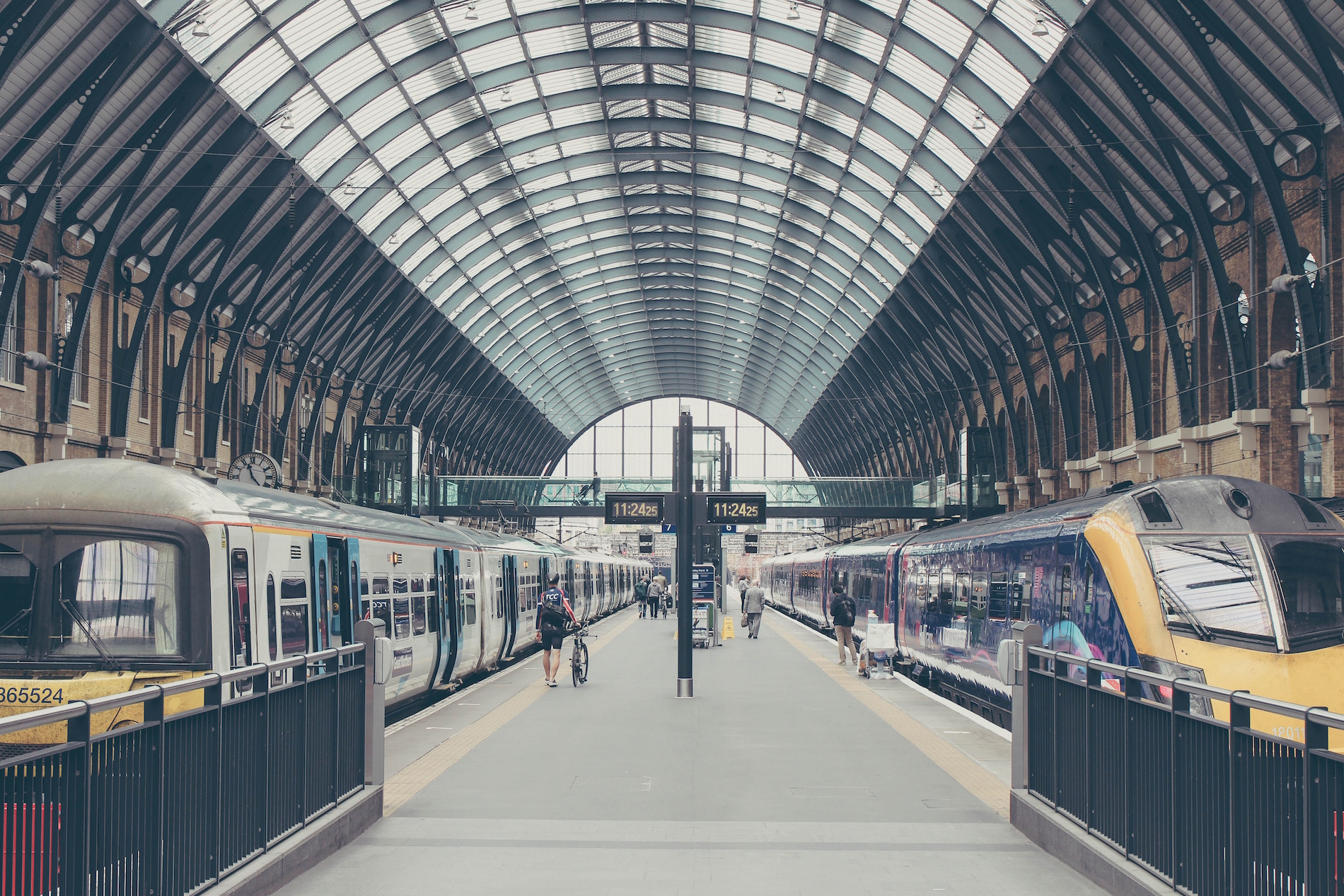 Photo by Michał Parzuchowski on Unsplash

In addition to fast food, I took the time to explore the cities I was in for at least a little while to find easy eats. There is a Chicago based Chinese bun restaurant called Wow Bao that I found on Google Maps. It wasn’t far from the train station and covered a few meals. Not only was it delicious, but it was filling as well!

Being creative with your food and indulging in food that you could not normally get in your hometown is one of my favorite parts about traveling and traveling by train gives you plenty of reasons to partake.

When I was in Austin, I found a Whole Foods not too far from my hotel. The day I had to leave, I walked to it first to get some snacks, like organic Pop Tarts, and then to a Starbucks to use a gift card. I got enough food to cover a day and a half trip with little to no effort.

3. Make the most of the small bathrooms

Traveling a few days by train means no showers, unless you opt to have a bedroom instead of a coach seat. Aforementioned, I traveled by coach, so I went a good three days with no shower in the beginning of August. I needed to be smart about my hygiene so I would not offend anyone with my unintentional lack of hygiene.

I brought along deodorant, hand wipes, dry shampoo, my toothbrush and toothpaste, and a change of clean clothes for the halfway mark.

Deodorant saved me multiple times, especially since this was the middle of summer, while the hand wipes worked as a pseudo shower, which kept me feeling fresh. Dry shampoo is not my usual go to, but it kept my typically oily hair tame until I reached a shower again. These products come in travel sized containers as well, making them tiny and perfect for your bag. If you wear makeup, make up wipes would be an easy way to take makeup off while en route to your destination. Perhaps waiting until the train is at a stop is best for reapplying, since bumps could happen at any time while in motion. 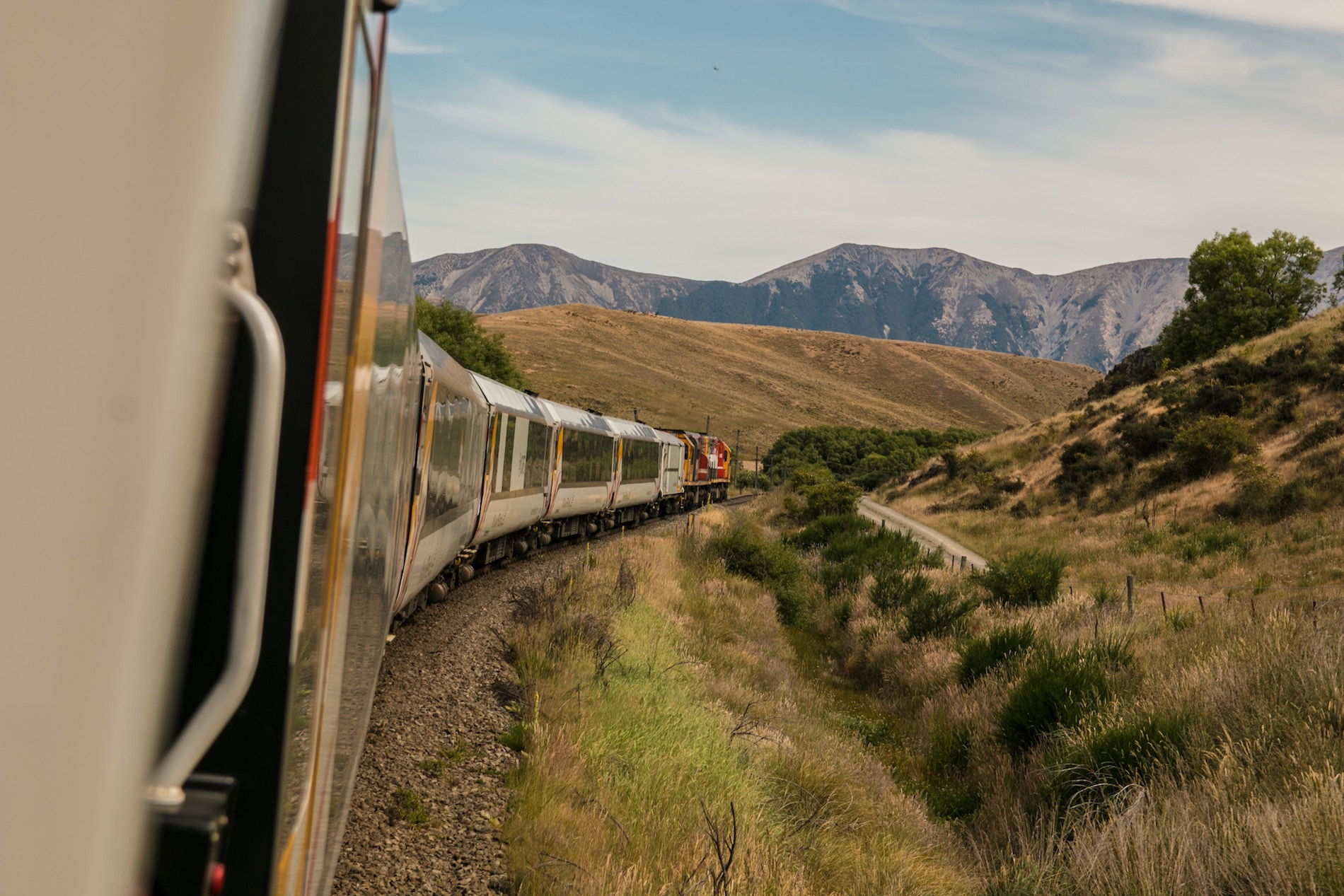 Photo by Josh Nezon on Unsplash

Traveling by train offers the most unique views you could ever see. I was entertained for hours just looking out the window while listening to music. I had never traveled through the country like this before, so being able to see what life is like from my window was precious to me. Not to mention being able to take wondrous photos of landscapes and cities that you would otherwise miss if on a plane. Long distance Amtrak trains offer a special car which has windows up to the ceiling for your viewing pleasure. This is also a great way to pass the time without being online, which leads me into my next tip.

5. Bring offline things to do

There were many areas in the Midwest where my cell service would go out, sometimes for hours at a time. I am accustomed to having cell service at all times at home, so dead zones did not occur to me until I was in them.

One way I was able to pass the time was to hang out with other people. In Chicago, I had met someone else that was going to the same convention as me and then onboard the train to Texas, we met even more convention goers. We would hang out upstairs on the train in a viewing car and play cards or chat. This helped literal hours go by, especially once we hit an almost eight hour delay getting into Texas. If you feel bold enough to strike up a conversation with other people, you could meet some potential new friends!

If you are more introverted, books and offline games can help pass the time. I played lots of Animal Crossing and Pokemon on my 2DS throughout this trip. Games like sudoku and word puzzles are also timeless classics that can keep you occupied. Downloading movies to watch offline helps at nighttime when the views outside disappear. Having the time to disconnect can be a blessing in disguise, giving you time to relax as you reach your destination.

I hope these ideas gave you the confidence to take a train in your near future! I fully anticipate taking another train trip in my future; this was the most memorable domestic travel experience I’ve had.