Studying Abroad: The Lessons We Learn About Ourselves

Around this time almost a decade ago, I was getting ready to take the biggest trip of my life thus far. My application to study abroad for the spring semester of junior year had been approved, and I was busy making final preparations. I had a host family, an extremely overpacked suitcase, and a determination to Skype my friends and family every day.

I lived in Madrid, Spain with my host mother, Carmina, from January to May of 2010. I took four classes taught in Spanish at the Universidad Carlos III. On the weekends I found time to visit Paris, Barcelona, Dublin, and Salzburg. Class attendance was mandatory and all homework, essays, and tests were in Spanish. I forged new friendships, ate a lot of paella, and embraced my new 9:30 PM dinnertime.

As I think back to my time in Spain and my study abroad experience, I realize how much I learned about myself during those four short months.

People say that you learn about others when traveling, but they tend to forget that travel is really a chance to learn about your own abilities, preferences, and limitations.

Although I was much younger during my time in Spain, I feel that some of the things I learned during that semester have stayed with me and shaped the woman I am today.

Here are the top five lessons I learned while studying abroad that are applicable to any trip or vacation.

Lesson #1: Even small attempts to blend in are appreciated

When traveling in a foreign country, you are the outsider. You look different than everyone else, you speak a different language, and nothing is what you’re accustomed to.

Travel shock is a real thing, but it doesn’t mean you have to stick out like a sore thumb. 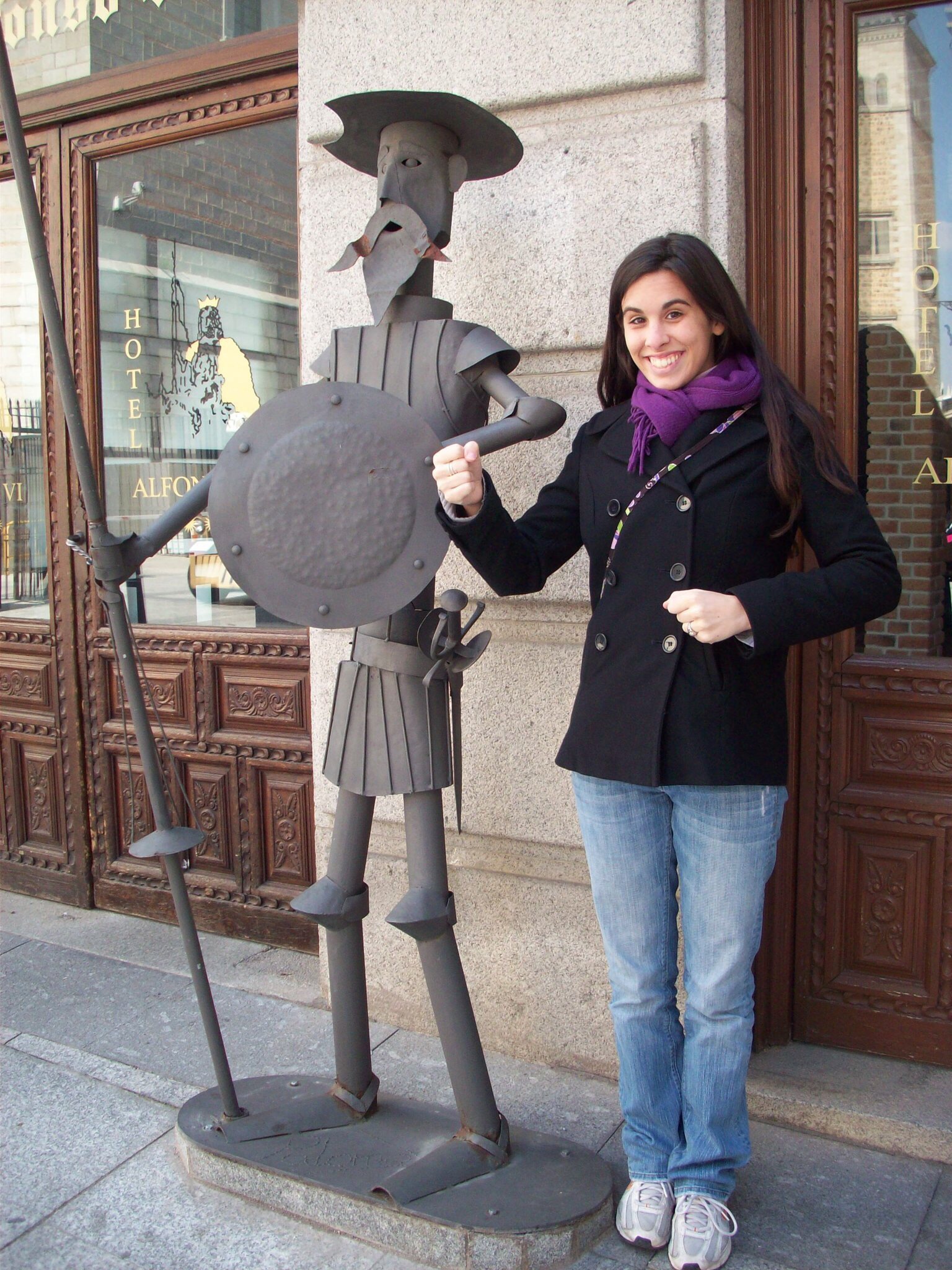 Trying to fit in like Don Quijote on the streets of Toledo.

I found that blending into the local culture in whatever way possible made for a better travel experience. Locals can tell when you aren’t a native, so when trying to speak the language, follow what everyone else does and attempt to acclimate yourself.

I will say my biggest travel guffaw was my choice in white tennis shoes. If anything screams college kid from America, it’s that!

During a weekend trip to Paris, my friends and I were trying to determine when the trains left for Versailles. When they had no luck in English, I attempted in very broken French and hand gestures to ask about train times. The woman at the ticket counter was immediately receptive and slowly said the numbers so I could remember them and then translate with my limited French.

We were able to catch the right train to Versailles and make it back in time for our flight. With only a little effort on my part, I had adapted and connected with the locals. And it led to a positive train journey and experience at the Palace of Versailles.

While waiting at the checkout line at the local grocery store in Madrid, I began to feel uncomfortable. The woman behind me was invading my invisible bubble of personal space. She was at the point where, in America, someone would turn around and give you a look that said, “Dude, back up.”

I hadn’t even gotten my change from the cashier before the woman had moved almost on top of me, forcing me to move out of the way. I thought to myself, “How rude! What’s her problem?”

What I’d begun to notice was the different interpretation of personal space in Spain.

Future trips to the grocery store were similar, where nobody kept as much distance as they did in the US. While on walks with Carmina, I noticed that she stood very close to me, often touching my shoulder multiple times during a conversation. In the beginning, this really bothered me. I didn’t like being touched on the arm or shoulder every five seconds. Just let me listen to your story, and quit slapping my arm! 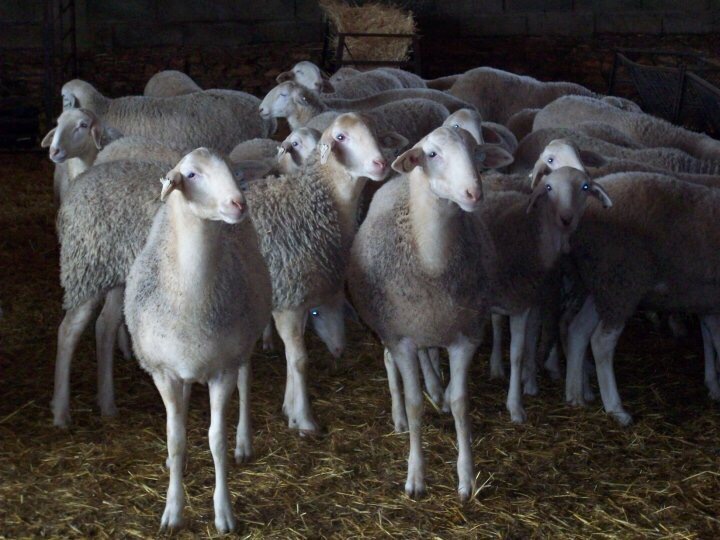 Sheep on a farm in Castilla La-Mancha.  They also didn’t understand personal space.

I realized that I have my own personal space comfort level, and other cultures have theirs – and that’s okay. It’s just something to be mindful of. Once I accepted the closeness and realized that the lack of personal space was all part of embracing another culture, it became easier. I couldn’t change them, so I’d have to change the one person I could control – myself.

Lesson #3: Stay calm and travel on

Any issue I encountered in Spain felt like it was ten times harder than it would have been at home. While that may not have actually been the case, traveling makes everything feel more complicated. When in another country, you’re already out of your element and an extra layer of stress exists on top of whatever problem arises. 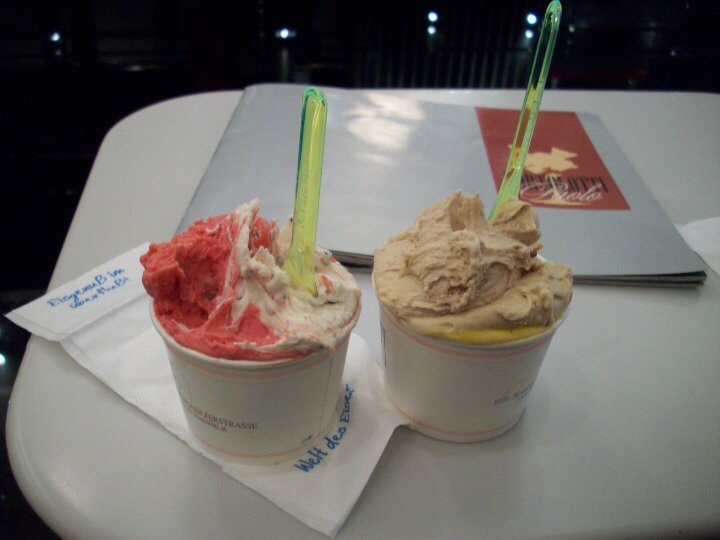 In times of panic, gelato is also a great option to solve your problems.

My semester in Spain was amazing, but not without issue. My first week, I spent almost three hours at an Internet store trying to find a way to get WiFi on my laptop. On the first day of school, I got a horrific stomach virus. During a weekend in Paris, my wallet was stolen right out of my backpack. Before flying to Austria for spring break, a local ATM in Madrid ate one of my debit cards. On a weekend trip to Valencia, I forgot the memory card for my camera and couldn’t take any photos.

My study abroad experience wasn’t perfect. No trip ever is!

What I failed to realize was that many of these problems which appeared to be enormous roadblocks weren’t really that bad.

In my panic, it seemed like there were no answers or alternatives to my problems. I went into crisis mode as soon as something happened, which didn’t necessarily lead to logical solutions. Most of these crises were resolved, but one issue, in particular, could have been managed much differently.

Upon reserving a hostel room in Valencia, I realized it was a dorm style room with six beds. What I did not realize was that it was mixed-gender. My first night there, I wound up spending the night with two European guys. I was extremely nervous and upset with this arrangement. I didn’t want to sleep alone in the same room with two men I don’t know. What if they’re creeps? What if they sleep in the nude? What will my boyfriend back in America think?

Again, I didn’t take a minute to breathe and evaluate my choices. I could have easily asked the hostel if they had any all-female rooms available. I could have gone to another hostel. I could have splurged and checked myself into a private hotel room. Endless choices! I didn’t take the time to think through the problem and come up with a plan.

The biggest takeaway I have from all of those mishaps is this:

While it may seem like the end of the world, it’s not.

Take a moment to breathe and assess the situation logically. Flexibility is key and having a backup plan is always a good idea. It’s much better than screaming at an ATM in half Spanish, half English on a Sunday afternoon when your debit card disappears.

Lesson #4: When you miss home, stop and take a moment to appreciate where you are

When traveling, we often find ourselves missing the familiar. While in Spain, I missed the delicious gluten-free crusts I would keep in my freezer at home for homemade pizza. I longed for the humidity of Florida and the softness of my own queen-size bed. The mattress in my room was a twin with a sharp bar going right down the middle and sleep was not as relaxing or comfortable.

Regardless of all the simple comforts I was missing, I had so much to be grateful for. I was in Spain. Spain! This was the country I had wanted to visit since I was fifteen. I was eating delicious food every day, meeting people from all over the world, and my Spanish was improving. I was living in another country, an experience many people never have.

While you may miss home, it isn’t going anywhere. Whatever you see right before your eyes is fleeting, so enjoy it and soak in every moment while you can. 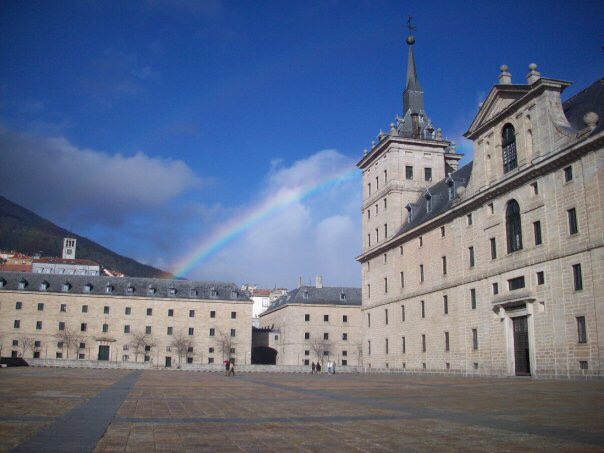 One of my first day trips outside Madrid to El Escorial Palace.  And there was a rainbow!

I sometimes close my eyes, pause for a couple seconds, and then open them again just to again take in wherever I am in the world. It’s my brain’s digital camera, and I keep adding more and more memories each time I pause and mindfully remember where I am.

Lesson #5: Don’t be afraid to try something new

This lesson doesn’t only relate to food – it can also apply to new friends, experiences, hobbies, and activities. While I never would have dreamed of eating squid swimming in its own ink on my second day in Spain, I did it anyway. Something about being there made me throw caution to the wind. I boldly swallowed the entire squid. It was absolutely gross, but I was so proud of myself, I didn’t care about the bad taste in my mouth! 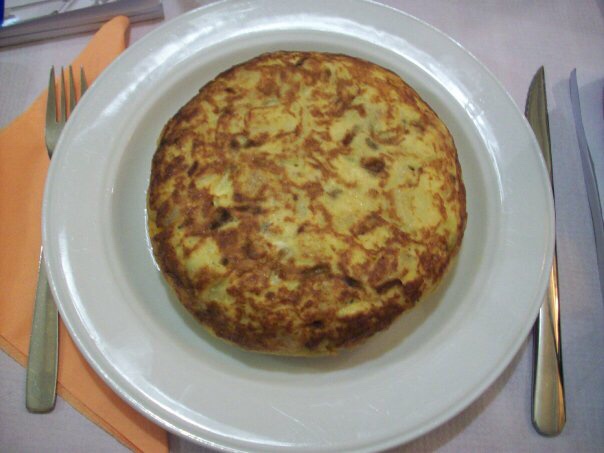 In addition to sampling new foods, I also tried new activities. I took an environmental science class, which was definitely out of the ordinary for me. I hadn’t taken a science class since high school and avoided all things science related. By taking a class separate from my liberal arts studies, I found that I do actually enjoy science relating to population growth, changing landscapes, and how people live. I found a branch of science I enjoyed!

I spent my time in the evenings watching new television shows (in Spanish) with Carmina. I learned how she prepared and cooked various dishes. I visited four countries and ten cities, all while doing homework, writing essays, and taking tests in Spanish. It was a totally different daily schedule. I had classes Monday through Wednesday, and then had four day weekends- a college student’s dream!

In a time when everything was new, I decided to jump right in and try multiple new things at once. I embraced the unknown with vigor and enthusiasm, and that’s something I treasure the most about my time in Spain.

All of these lessons are still applicable to travel today. No matter where I go in the world, I’m constantly reminded of my study abroad experience and the various ways I overcame problems while living in another country.

Having the opportunity to learn Spanish and travel the way I did is something I’ll never forget. I had the chance to travel by myself at a young age, which instilled in me confidence that I am capable, independent, and stronger than I realize. I’m more cognizant as an adult traveler with these experiences behind me.

Traveling is meant to break you out of your comfort zone – to force you to experience a different way of life and to seek the unfamiliar.

It’s all part of the experience, and like my former collegiate-self, I’m once again ready to learn.