Studying In Sweden – A Taste of Scandinavia

When you think of studying abroad, Sweden is probably not the first country that comes to mind for most people. But I have always been attracted by Nordic landscapes and way of life, without knowing much about them. So when I saw that the city of Lund was one of the destinations proposed by my university to do a one-year Erasmus exchange, I didn’t think twice. The possibility to study in English while discovering a Scandinavian culture already convinced me. Little did I know that I would adopt the Swedish way of life so fast and even end up staying there for a master program.

A place of choice for students

Sweden is not only Stockholm and Lapland, although these destinations are great. The medieval city of Lund, a few kilometers only from Malmö, is the first student town of the country and its university is not only the oldest of Scandinavia but constantly in the Top 100 world rankings. In Sweden, students call their professors by the first name, which was quite a surprise to me. A big part of teaching consists of informal discussions and group work, and that makes the atmosphere so much more laid-back. 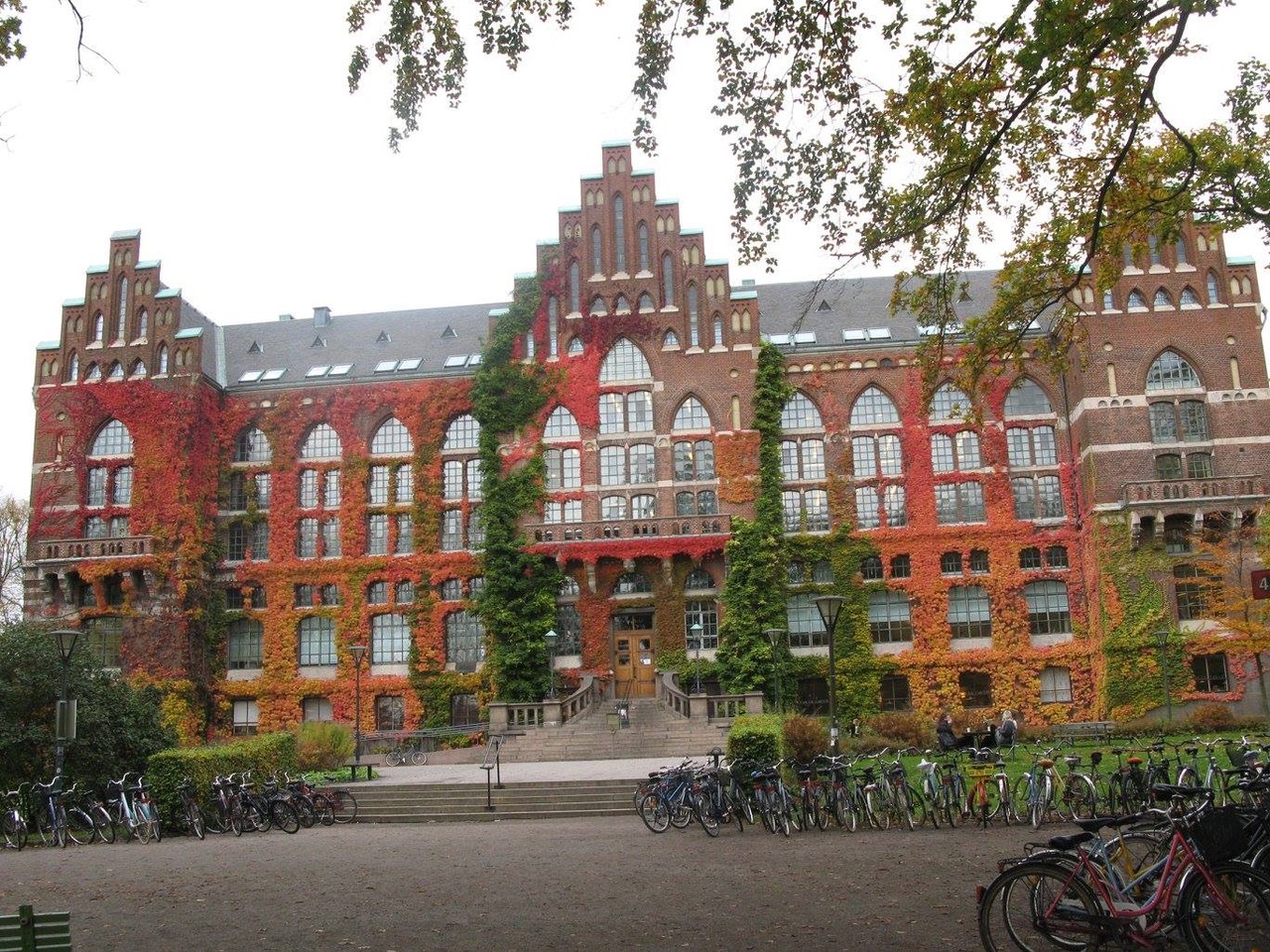 Lund’s student life probably deserves an article of its own, but let’s draw a quick picture of it. If you visit Lund, you will very quickly hear the word “nations.” The nations are student organizations, each called after a city or province of Sweden. In the Middle-Age, students from all over the country coming to study in Lund were gathering in the “nation” named after their place of origin (Lund nation, Wermlands nation, Gothenburg nation…).

Today, all of them are open to everyone, international and Swedes, and it doesn’t matter so much which one you choose to join. They all have the same kinds of activities (pubs, clubs, brunches…) but each has some specificities as well (yoga, choir, baking nights, vegan-friendly…) that can help you in your decision. There are many ways you can get involved in the nations by volunteering at their different pub nights, lunches, etc. Help by cooking, for example – no experience is required, you learn while doing. They are also the place where you will experience sittnings, one of the most typical Swedish student traditions – three-course dinners accompanied by drinking songs.

The nations are open to everyone (as long as you’ve got a student card) and are a great way to make friends when you are new in town. If you prefer regular clubs or pubs, no worries, Lund has a few and there is always Malmö (10 minutes away by train) for even more options.

Cycle your way around. As I noticed the first day I arrived in Lund, cycling is the main form of transportation there. Everything is quite close especially in the city center, and it’s easy to find your way around with a bike. But this bike obsession isn’t only for small cities, you will see so many of them in Stockholm too. Perhaps Sweden’s ecological friendliness has something to do with it. I found my bike at a bicycle secondhand shop, you can find them on every corner. 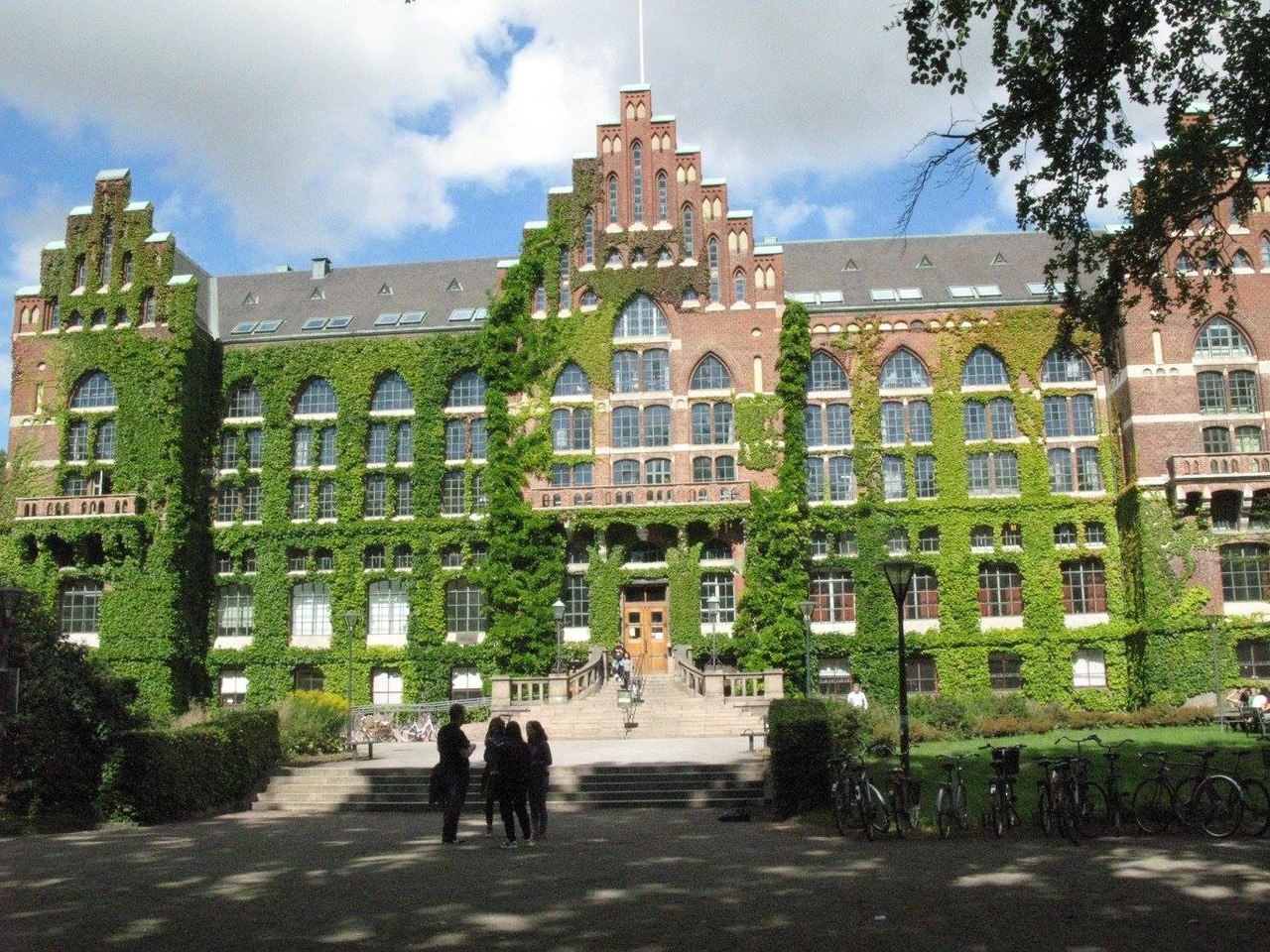 As an anthropology student, I had the chance to get an academic view on the culture as well, by taking classes such as “Swedish Society in Everyday Life”, “Swedish Art in a Scandinavian Context” or “Swedish Music”. Having these courses opened my eyes to things I had never thought of, such as: why is there almost no Swedish restaurants in Sweden? Where to experience typical Swedish food except Ikea?

Yes, Swedish food isn’t the most famous in the world, but it does have its highlights, and you might even get addicted to it. And I’m not talking about meatballs. Try smörgås (sandwich-cake), the very popular lingonberries, pickled herring, or local pastries – kanelbullar (cinnamon bun), chokladbollar (chocolate balls) preferably during fika for an authentic experience. Fika is the word to designate coffee break, but it’s more than a coffee break – it’s an institution in Sweden. That moment of the day where you stop anything you are doing (working, studying) to have a chat with your friend(s) around some hot drinks and pastries.

Traditions throughout the seasons

“There is no bad weather, only bad clothes!” says the famous Swedish proverb. Seasons are at the heart of celebrations in Sweden, and that makes sense for a population that loves so much spending time outdoors.

There are few Swedish traditional holidays, but they are taken seriously. Santa Lucia, on December 13th, celebrates the beginning of Christmas period: Lucia is supposed to bring light in the darkest day of the year. It is celebrated with processions of Lucia and her maids in white gowns carrying candles and singing Christmas songs. Best way to live it is from inside, taking part in a local choir as I did. But if you’re a lousy singer or hate singing, no worries, there are plenty of processions you have the chance to witness that day. 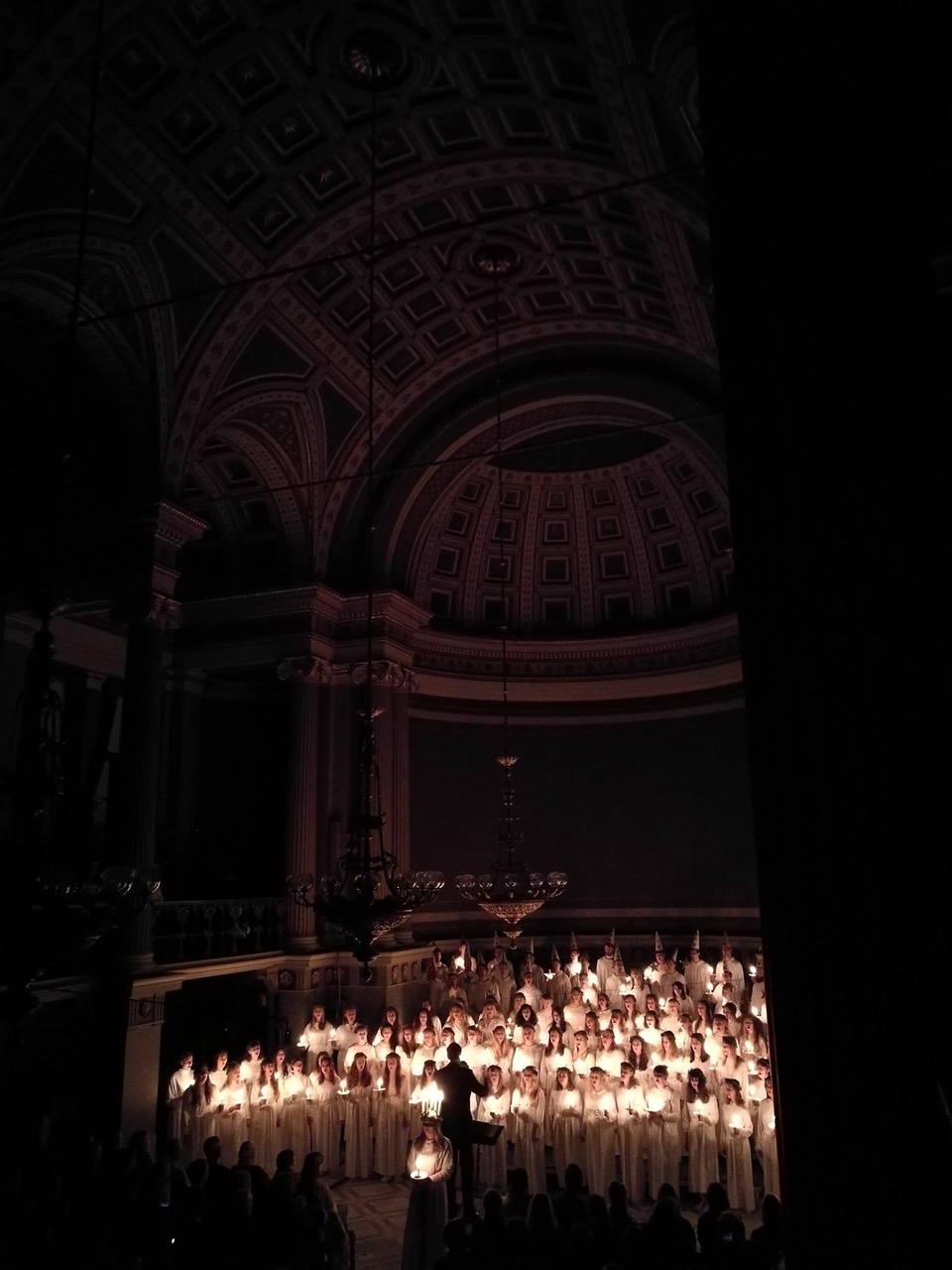 My favorite season to live in Sweden is winter, and that may sound surprising considering the coldness and darkness, but it is really not. If you have heard of the Danish “hygge”, you may have an idea why. Swedes aren’t very different from their Scandinavian cousins on that point. In fact, they compensate that dark period of the year by making their interior the warmest places on earth. From the candles and stars at every window to the smell of pepparkakor (gingerbread) freshly baked and the Lucia songs… Winter is appreciated because it is the season of cozy times near the fireplace, under a blanket with a good book or movie or having fika in the company of family or friends. When you go outside, roll yourself in the snow, do snowboarding or ski, enjoy the city lights in a holiday atmosphere or the white landscapes of the countryside…

If Sweden taught me one thing, it’s how to appreciate the little things.

Another popular tradition and reason to party is Valborg (Walpurgis night) on April 30th, when bonfires lit across the country to symbolize the arrival of spring after going through a long winter. Widely celebrated by students, it mainly takes place in the university towns such as Lund and Uppsala.

Don’t get me wrong, Swedish summer has its perks too! The longest day of the year, usually at the end of June, has its own celebration as well called Midsummer, one of the most important Swedish celebrations. Everyone wears flower crowns, dance and sing around the traditional mat decorated with birch leaves and wildflowers (as you may have figured out by now, Swedes love to sing).

Allemansrätt, or Freedom to Roam, is a Swedish law that allows everyone to roam freely in nature – camping, walking, cycling, picking up berries… No wonder Swedes spend so much time in nature.

I hope I was able to draw a picture of what life and studies in Sweden look like, or at least made you more curious about this place and the too often forgotten Scandinavian countries. There is so much more to say, but one just has to experience it. If you visit one day, you might never want to leave.